French Savate for Beginners: An Introduction

BlogHealth and FitnessBoxingWhat Does The French Savate Combat Sport Look Like?

"French boxing is a serious science that requires a lot of cold blood, calculation, agility and  strength. It is the most beautiful development of  human vigor, a fight without other weapons other than nature's where one can not be taken unawares " Théophile Gautier

The discipline appears in the 19th century by taking up the spirit and vocabulary of fencing. This is why, like fencing, we will designate fighters as shooters (from the French tireurs).

In French Savate Boxing the shooter can only kick with the feet, not with the knees and shins as in other Kick boxing styles and must wear shoes. The practice of French boxing is done with gloves, no shin guards, and boxing shoes (Savate boots) .

In France alone, there are more than 50,000 licensed competitors in the French Federation. 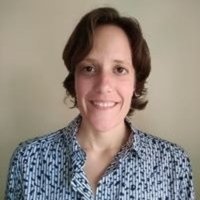 The History of Savate

The first trace of  savatte (writing of the time) dates from 1797.  Vidocq, then aged 22 discovers this sport before his departure for the prison of Brest.

At the beginning of the 19th century, savate is  considered as the sport of the bad boys of the outer Neighborhoods of Paris even though it originates in Marseilles , the famous port town of southen France,where it was known as the jeu marseillais (game from Marseille),  later renamed chausson (slipper, after the type of shoes the sailors wore). Striking someone with a closed fist was a crime.

In 1820, Michel Casseux opened the first Parisian Savate room where he also taught "the cane de combat". In the 1830s, Charles Lecour fused the premises of savate, English boxing and jeu marseillais.

On his return to Paris, he also opened a room where he taught both boxing and savate. So French boxing is born! Over the century, Savate quickly became a self-defense sport and a sporting symbol of the aristocracy. Savate is also recognized as a practical way to let off steam physically and maintain shape in its non contact form.

In 1877, Joseph Charlemont published the "Treaty of French boxing" which codifies and theorizes for the first time the techniques and blows authorized or prohibited. Ten years later, still under the direction of Charlemont and his son Charles, the French boxing academy is created. It will last until the death of Charles in 1944.

Check out online boxing courses to improve your kickboxing near me.

The meeting between Charles Charlemont and Jerry Driscoll  was an incredible event which put French boxing in the foreground. This fight won by Charles Charlemont by a blow to the lower stomach was contentious, the blow being valid for some and prohibited for others. This unofficial meeting ended with a trial where the two protagonists were sentenced for assault!

In 1903, the French Federation of Boxing Societies (FFSB) was created, bringing together French and English boxing. After the end of World War I, Savate returns to the main stage at the Paris Olympics (1924), as it is introduced as a demonstration sport. Until the end of the Second World War, French boxing loses in popularity  and  only a few champions like Pierre Baruzy, Berceau, Laford or Prévost keep the tradition alive.

Savate owes its rise in popularity in the 70's and 80's  thanks to the good management of the CNBF (National Committee of French Boxing) which brought this sport back by introducing it into Universities and Schools.  In 1980, there were more than 10,000 graduates and more than 20,000 in 1985, coinciding with the creation of the International Federation.

Today, there are more than 50,000 practitioners in France.

But how are they practicing Thai Boxing?

The Rules of this French Boxing Style

As in all sports and especially combat sports, there are strict codified  rules - Savate is no different!

In order for the battles to be balanced, savate groups label shooters by weight, category and age.

The ranking of savate: Boxe Française is divided into the three roads that a savateur can choose to take.

After cadet, we consider the following weights:

Find out all about muay thai near me here.

The distribution and ranking of grades is up to each French boxing club (usually twice a year).

As in many combat sports like judo, karate or aikido, the grades are represented by colors.

Have you heard about the latest fashionable sport: shadow boxing?

Some Details on Savate

Assault requires the competitors to focus on their technique while still making contact; referees assign penalties for the use of excessive force.

Pre-combat allows for full-strength fighting so long as the fighters wear protective gear such as helmets and shinguards.

Combat, the most intense level, is the same as pre-combat, but protective gear other than groin protection and mouth guards is prohibited.

Now that we know a bit about its classification let's take a look at the Different techniques!

Do you know the techniques and history of Chinese boxing?

The International Savate Federation recognizes 11 different kicks, which could be classified into three categories: whipped, chased and swayed:

Many video tutorials are a useful and practical way towards visually understanding these techniques!

Why not do what I did: find a Superprof coach to host boxing classes?

Knees are absolutely prohibited. The same is true for kicking vertically, vertical kicks with the heel, shins or kicks delivered to the back of the opponent. It is also forbidden to kick with the help of a hand on the ground.

With regard to prohibited strikes "hammers", elbow and backhands with the forearm are also absolutely prohibited.

What are the different techniques of American boxing?