Useful Hindi Phrases To Get By In India

Hindi is a complicated language for native English speakers. English grammar takes its roots in Germanic language, and almost 60% of all English words either come from Latin or French.

All the while Hindi belongs to the Indo Aryan language group. This groups also includes most languages and dialects spoken through India, Pakistan and Bangladesh amongst which are Dhivehi, Sanskrit, Gujarati, Rajasthani, Marathi, Urdu (usually grouped with Hindi as Hindustani), Punjabi, Sindhi, Bengali, Sylheti, Assamese, Nepali, Romani and many more.

One of the best features of the Hindi language is that it is mutually intelligible with Urdu. It means that even though both writing systems are different, most of the spoken words are the same. If you speak Hindi, you will speak Urdu too!

Before you can learn Hindi you need to understand where this language came from, so let's take a look at the origins of Hindi.

You can take a Hindi language course here. 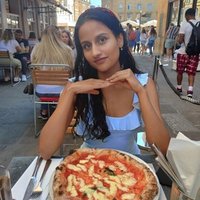 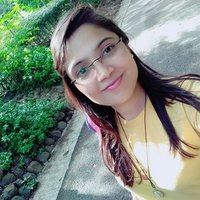 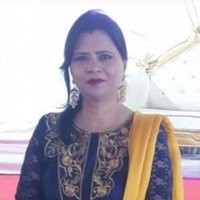 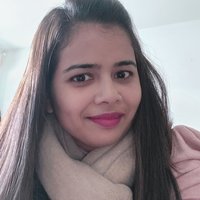 The Origins of Hindustani

When speaking about the Hindi language, it is hard to leave Urdu out as both spoken languages are so similar. In fact, these two languages remain to this day indistinguishable in their familiar forms. Only their respective modern technical vocabulary differs along with their writing system.

Hindustani originated in the Indian subcontinent under the influence of the Mogul Empire. The Empire was founded in 1526 by Babur who had both Turkish and Mongol origins. The following dynasty belonged to the Indo-Persian culture and while the ruling family brought a lot of elements drawn from the Persian society they also adopted many local Indian traditions and customs.

It is under the influence of the Mogul dynasty that the Persian language started to mix with several Śauraseni dialects that were spoken in central India, mainly Braj Bhasha, Awadhi and the language of Delhi.

The Imperial court and the different waves of immigration coming from the West boosted the introduction of Persian, Arabic and Turkish words into the local Indian Khari Boli (meaning "standing dialects", elevated to literary languages).

Another source of influence was the Muslim Imperial army, camping in and around the principal cities of the Empire, including the capital Delhi. At the time, most of the soldiers were garrisoned in the Red Fort near which the Urdu Bazar (Urdu meaning army or camp) developed. Soldiers speaking Persian and local shopkeepers and residents mixed, and so did their languages.

Although Persian was the official language, used at the Imperial court and within the socio-economic institutions of the time, Arabic remained as the official language of the Muslim religion in the Indian subcontinent.  The integration of local dialects words into the Persian lingua franca, mainly conducted by merchants, soldiers, preachers and the local justice courts, meant that by the 17h century an early form of Hindustani had emerged, and though it was born from the Persian and Arabic languages, its base was slowly replaced with local Indian dialects words.

The emergence of one common language

Hindustani became the common language of Hindu and Muslim communities (even though not the official one) and showed how much both civilisations had influenced each other through more than 300 years of co-existence.

The language remained as the common vernacular up until 1837, when Hindustani in the Persian script (i.e. Urdu) replaced Persian as the official language.

This change created a divide between Hindus and Muslims especially in the North of India where the Hindu majority argued that the government and official institutions should use the written native Devanagari script.

Following years of lobbying and political games, Hindi in the Devanagari script eventually became the official language of the Indian nation in 1949 but only after British rule over the country ended.

Urdu went on to become the official language of Pakistan (after the partition with India in 1947) and even though only 7% of the Indian population are native Urdu speakers, it has been widely adopted as a second language by the literate population.

The divide between the two languages still remains a controversial topic, but some argue that Hindi and Urdu are so closely related that neither will ever die.

The author of "One Language, Two Scripts", Christopher King, sums it up perfectly in his book published in 1994:

"Language scholars usually designate its (Khari Boli) two major division as Hindi and Urdu, though some argue that these should be considered two different languages on political and cultural – not linguistic – grounds. Aside from unimportant grammatical variations, vocabulary and script constitute the principal difference between the two. The most formal level of Hindi, sometimes referred to as “High Hindi”, uses a vocabulary saturated with Sanskrit, while the corresponding level of Urdu, High Urdu, draws heavily of Persian and Arabic. On this level, the two come close to mutual unintelligibility. Other less formal levels of Hindi and Urdu approach complete intelligibility."

Useful Hindi Phrases You Must Know

If you a new learner, you will have to pick up some vocabulary, verbs, and grammar before being able to communicate with native speakers.

Start your apprenticeship of the Hindi language now!

But while you are still a beginner, memorising a few words and phrases in Hindi could get you a long way with the local and possibly get you out of a pickle.

Here are the basics of meeting and greeting:

Literally meaning "I bow to you", Namaste is usually accompanied with a reverential bow with palms joined together in a prayer fashion and thumbs close to the chest with fingers pointing upwards. It is a formal form of salutation in the Hindu culture and, its modern style often forgoes the bow which is usually reserved when greeting elderly and person of importance like your boss.

A few other useful greeting phrases include:

Given how hectic Indian cities can get, between the millions of people around and the crazy traffic at all times of day, knowing how to get around is essential when venturing outside your hotel room or your flat.

Showing that you know some Hindustani and that you are not the average tourists might also get you a better price as it is well known that tuk-tuk (or rickshaw) drivers tend to try to charge white Western tourists three or four times the local rate for a fare.

While they are simply looking to make a living and feed their family, you might somehow feel cheated if you end up paying 250 rupees for a fare that only costs 40. Bargain, be polite but firm and be ready to walk away and try your luck a few hundred meters further. While many Westerners are not used to it, bargaining is an essential part of life in India.

If you are thinking about moving to India, check out our guide.

A few other useful phrases for getting around include:

Like we just mentioned, bargaining is an inherent part of life in India. When shopping for clothes, souvenir, or even fresh veggies and fruit from street stalls, Indian do not hesitate to bargain.

Shopkeepers in bazaars seem t think that every Westerner is shamelessly rich, and even though expats in Mumbai are the most well-paid foreign workers in the world, it does not mean that every white person living in India is super wealthy.

While bargaining, keep in mind to always remain firm but polite even though it might seem to you that other local customers are rude to the shopkeeper. India remains a highly stratified country due to the century-old custom of castes and, even though this system was officially abolished in 1950, it remains a huge factor in socio-economic interactions within Indian society, which you may observe on your every-day life.

One more phrase that will come in handy everywhere in India :

Nahin chaahie ( नहीं चाहिए ), literally mean "Do not want" it signifies to a tout or haggler that you are not interested in whatever they are trying to sell you.

Like learning any foreign language, Hindi will take patience and practice. Craft some flashcards with Hindi words to boost your memorisation.

You can also take Hindi language lessons to perfect your pronunciation if your job requires you to communicate in Hindi. Lucky for you, many Indians, especially in big cities, will be able to speak  English, at least some, though the level of English fluency drops drastically the further out of the city you go.

Learning the Hindi alphabet or Devanagari will be a bit more complicated and will require much more studying.