Is this the start of charging for GCSEs?

BlogEducationTeachersIs this the start of charging for GCSEs?

At the start of the year there was some worrying news about the music curriculum.

It was reported that one secondary school had instigated a charge of £5 for children to take their music GCSE.

It was moved from the curriculum of the general school day to out-of-school hours and meant the employment of specialist teachers, hence the charge to cover the cost, the school says. Despite criticism, the school maintains that this has been a good thing in that more pupils have taken up music GCSE.

But it has raised many concerns.

Firstly, and most importantly, is the question of it excluding some students. Many families already struggle financially. This move to charge for GCSE music means that there will be students who will not be able to study for it even if they wanted to.

Secondly, it portrays music as an elitist subject rather than one that is an important part of any education which has the potential to build vital skills that can enhance a student’s overall learning ability, as illustrated by this article here

Thirdly, some people see this as another part of the move to downgrade Arts subjects as less important than other subjects. Yet music, and other art subjects, are vital to those students less academically inclined, affording them opportunities to achieve when they may not otherwise do so.

Fourthly, it raises concerns as to whether other subjects outside the core of Maths, English and the Sciences will follow suit.

Lyn Gardner, writing in The Stage, feels that this is a serious threat to the Music and Arts industry. She feels that there are already many barriers to children accessing the Arts and this will exacerbate the problem.

Andrew Lloyd Webber has also expressed his concerns over the move. He’s dedicated to music in schools as it “transcends all languages, shades of politics, race and creeds” he says, believing all Arts subjects should be free.

The Bacc For the Future campaigners, who say that the introduction of the English Baccalaureate is already putting the squeeze on creative subjects, also feel anxious about its impact on opportunities for music study to be available to all.

Some parents find it hard to understand the value of creative subjects and want their children to focus their energies on academic study.

But, apart from the fact that the creative industry is a huge employer (think media, gaming, entertainment etc.), not everyone is academic. And the Arts subjects bring other valuable skills, experiences and expertise to a students’ portfolio of attainment and personal development that cannot be achieved through academics alone.

It’s this diversity that many universities are interested to see, often complaining that students can lack a rounded education and characteristics that make them stand out or able to transfer their learned skills to a wider setting.

This is something many home educating families report. Rather than being penalised for having less academic results than their school peers, home schooled students find that interviewers or employers are impressed by the diversity of their educational experiences and subsequent personal maturity.

All learners deserve the education that suits them. So parents might like to investigate whether their learner has free access to a rounded education, wherever they are educated, and to a variety of subjects including the Arts. 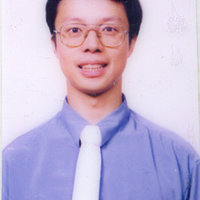 Should education change to accommodate the adolescent brain?

Specific research into the adolescent brain is a fairly new area of study, in relation to the wider knowledge of the brain collected over all the years of clinical research. But it is already telling us important things about our teenagers that will help us understand them better, not only personally, but educationally as well. […]

17 years of education: what has it taught me?

You never stop learning, I keep getting told. It’s probably not far off the truth, really.  On balance, there are always new things that you can pick up even when you’ve ‘left’ education – in your professional life there are new skills to gain an understanding of, for instance.  I know several people who have […]

The Royal College of Teaching: news in the making

There is often justification for teachers’ complaints about the levels of government intrusion into their professional lives. They argue that time spent filling in forms and ticking boxes could be put to better use in the development of effective lesson plans and teacher training courses. However, the Government is now seeking to reduce the bureaucratic […]

The drastic measures of a target-based education system

I’ve always enjoyed reading The Guardian, ever since they interviewed me on ID cards and young people. Recently I’ve been reading their series on ‘The Secret Teacher’ – an anonymous interview with a teacher who lives and works in the education system that we hear so much about from every media outlet from here to […]

Why the History Curriculum in British Schools Needs to be Changed

Many history degree students at university here in the UK do not necessarily look back fondly on their history classes in secondary school. While some wish to believe that they have chosen to pursue history degrees because they were so deeply inspired by their history lessons in school, this is simply not the case – […]