“I would rather be remembered by a song than by a victory” - Alexander Smith, Dreamthorp (1863)

In recent years, there have been so many TV shows dedicated to finding talent, especially amongst those who have a good singing voice and vocal range.

Shows like The X Factor and The Voice are without a doubt two of the biggest singing shows in the UK: especially when you look at the viewing figures they get.

It’s quite common that you’ll also find plenty of young people on the playground who want to learn to sing. However, given how risky becoming a singer can be, a lot of people tend to give up on this dream in order to look for safer and more stable jobs.

Are you wondering why beginners give up on their dreams of singing so quickly?

Usually, it’s because they lack the talent, the drive, or just don’t put in enough effort in their voice lessons when they're supposed to be learning to sing. This is often the first reason why those who once dreamt of becoming a singer never do. Of course, you need to be able to sing in key, too!

Nobody’s born a star, you have to become one!  Singing can work wonders for your mental well-being, but by going professional, you may run the risk of viewing it as a source of worry - so be careful out there! 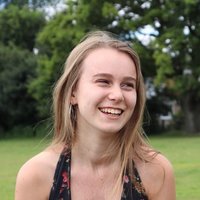 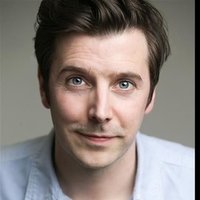 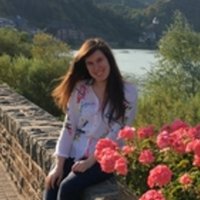 Do You Dream of Singing in front of a Huge Audience?

From Justin Bieber to Jeff Buckley, there are so many different famous singers that inspire people to get into singing.

For years, people have been inspired by famous people and tried to emulate their favourite singers in order to become one themselves.

Generally speaking, the older stars tend to make way for the younger generations of singers. In the past, a mentor would teach their apprentice everything they needed to know and they’d inevitably be replaced by them.

However, singing isn’t your typical apprenticeship. You’ll have to dedicate your life to your vocal exercises and your vocal training if you want to become a star. It isn’t something you can do on the side.

You have to want to sing and you have to be willing to put in the work and never give up. You have to remain motivated and be able to deal with the inevitable hurdles that you’ll have to overcome.

This is something that’s almost impossible to do on your own. You’re bound to fail at least a few times. It’s a good idea to start by singing in a choir or group so that you can learn from your peers.

Even if you love certain kinds of music, you should try singing all different types of genres: hip hop, soul, folk, pop, rock, etc. You’ll find that you can learn a lot from musical styles that you’ve never even listened to.

The Special Case of Opera Singers

Nowadays, you’re more likely to hear a pop singer than an opera singer. Despite years of training, opera singers barely see as much limelight as their pop counterparts.

However, when it comes to vocal coaching and vocal technique, singing lessons are particularly useful for anyone who’s dreaming of recording an opera album.

Mastering a baroque piece for a tenor or a soprano suggests that you’re in complete control of your breathing, adept in classical singing, have perfect pitch, and many other singing techniques that would help you broaden your artistic repertoire.

In addition to opening doors to a completely different career where your timbre and tessitura are your greatest qualities, opera singing is also a great way to discover how to sing complex vocal techniques with an instrumental accompaniment (especially in the case of Wagner).

An alto, for example, will also have to master their elocution in both English and foreign languages while taking care to correctly warm up their voice and manage stress. Baritone singers will be expected to sing while accompanied by an orchestra. These skills have also been employed by more contemporary artists in recent years.

The World of Musicals

Musicals have become hugely popular in recent years and sort of sit as a halfway point between opera and contemporary concerts. Musicals are seemingly far more popular than plays and operas and include enjoyable melodies, memorable tunes, and a huge variety of different roles and musical styles.

You can work on your singing by learning a few songs from the musicals and you’ll soon be making great progress. As a result, there's plenty of voice training, singing exercises, and singing tips for those wanting to audition for a musical online.

While you’ll obviously need a good voice to sing musicals, there are also plenty of characters who aren’t traditionally singers but rather comedians. There are plenty of people who’ve become famous like this.

Improve Your Musical Knowledge with Singing

While we don’t often think about it, there aren't many famous musicians who haven’t mastered the art of singing.

Whether you play the violin, organ, cello, etc., every musician should have a musical ear and be able to sing a given note. It's impossible to find singing success if you're tone deaf! Even the conductor, who’s expected to be able to lead the whole orchestra, should have the necessary skills to produce a given note with their voice.

To a lesser extent, dancers should also have some kind of theoretical understanding of music given that they’re going to have to move their body in time to it. Then there’s the musical stars who do it all with just a microphone.

Not only do they usually know how to play a musical instrument (or several in some cases) or sing while dancing incredibly (take Michael Jackson, for instance), they often write their own music, too. Writing a song is a hugely impressive feat and is nowhere near as easy as some make it look.

Bach’s Mass, Mozart’s Requiem, Mendelssohn, Monteverdi, Fauré, Schubert, Gounod, Berlioz, Handel, Vivaldi, Beethoven, Brahms, Poulenc, Puccini and Bellini, the list goes on and on. Each of these composers are famous for their profound understanding of each instrument and the human voice.

The world of music extends farther than you would first think. There are sound and light technicians, stage designers, agents (who are artists in their own special ways), and many other people who can make a musical performance come together on the stage.

On the other hand, a singer who masters other aspects of music (you could get a piano tutor, for example), composition, and the performing arts has a huge advantage when it comes to putting on a show over someone who’s only studied how to sing.

Gain Inspiration from Songs from Other Musical Styles

There are so many different art forms that have inspired music and vice versa. For example, you could consider poetry to be literature with a musical edge.

Literature has inspired music, too. There are plenty of novels and stories that eventually were turned into operas or songs, for example.

How Can You Learn How to Sing?

Patience is definitely a virtue for anyone who’d like to become a star. After all, nobody really becomes famous overnight.

A music school is one of the first places you should visit if you want to learn how to sing. Additionally, there are also places that specialise in just singing. If you’re really serious, you should also consider looking at universities where you can find qualified singing teachers.

If you’d like personalised classes, you should consider enlisting the help of a private voice coach who can come to your house for your lessons.

When it comes to finding the perfect voice, self-confidence can be key. After all, it’s impossible to sing well when you’re nervous.

It’s very difficult to ad lib musical education. If you want to become a singing sensation rather than on the dole, you’re definitely going to have to consider working with a good music teacher. If the student’s going to become the master, they’re going to need a good master, after all.

Additionally, you should also make sure that you remain active and exercise regularly in order to ensure that you’re in complete control of your breathing as it’s imperative when it comes to singing well.

You should also look to nurture your own style so that when you do become famous, you’ll stand out rather than just being a forgettable face in a crowd of similar singers.

You should also be careful. Whether you have a long or a short career, there will always be people trying to swindle you, false friends, hangers-on, and dodgy agents trying to use your talent and hard work for their own personal gain!

However, let’s not get ahead of ourselves. The first thing you need to do is start practising! If you want your voice to get better and be able to hit those high notes, you're going to need to be taught by a singing teacher and learn how to sing in tune.

You'll also need to do some ear training (for learning how to differentiate good notes) and warm up exercises and work on breathing with your diaphragm. Are you interested in improving your posture? You should probably look for a voice coach on Superprof. Don't forget you can also find a teacher who provides singing lessons online, too.