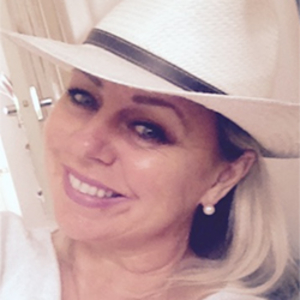 My wealth of hands-on professional experience helps me to create a dynamic personal experience. By using all the skills and techniques I have acquired over many years, I am able to inspire pupils to discover a genuine enthusiasm for the material they are studying. I approach play texts using the same methods I was taught in the professional theatre, motivating students to embrace the world of each play, so that they develop their own ideas and unique interpretations.

I have performed in many Katie Mitchell productions and in three series of the BAFTA winning children’s drama Maid Marion and Her Merry Men (Rotten Rose) and have also performed in most British television soaps.

I am a seasoned teacher who now work full time as Head of Creative Arts at and Independent school where I teach GCSE and 'A' Level Theatre studies as well Film Studies with excellent results. I continue to write, direct and produce short films and documentaries. My first screenplay, Monica Ol’e, was the winner of the Women in Film & Television & Avalon Productions Screen-Writing Award and was made into a feature film. I went on to write numerous episodes of the CBBC animation series Boo and the BAFTA-winning BBC series The Chuckle Brothers.

I have directed plays nationally and internationally for well-known theatre schools and companies, my plays and schemes of work are regularly published by Educational Publishers.

Can do a 15 minute free get-to-know you before any arrangements are made.