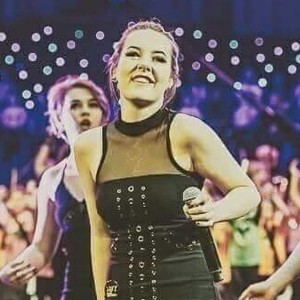 Phoebe Mullard is an experienced vocalist who has performed at venues such as the Royal Albert Hall and Under The Bridge Chelsea. Phoebe is Studying a Degree in Creative musicianship - Vocals at the University of BIMM in London. Specialising in Pop vocals and Musical Theatre vocals Phoebe gives a fun, friendly and efficient learning/training experience.

Phoebe has been giving lessons for two years teaching around ten different students, some of which had never performed in front of an audience before, Phoebe's method of teaching has helped many of her students over come their stage fright and has given them mountains of confidence. Many of them have gone on to participate in theatre productions and some have taken graded singing exams.