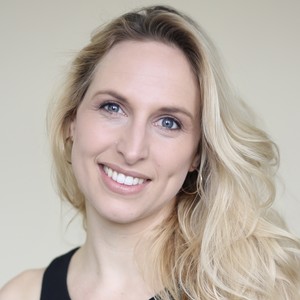 Michelle is one of our best tutors. They have a high-quality profile, verified qualifications, a quick response time, and great reviews from students!

As an actress currently working in the industry, I have accumulated a span of different skills and knowledge which enables me to specifically tailor each session to every person I work with.

Specialist areas include: audition prep; how to self-tape; how to audition for drama school, commercials, TV and film and theatre; memorisation techniques; RP accent work; how to approach acting agents; how to get auditions; how to set up an acting profile; confidence coaching; presenting skills.

I love coaching as I feel confident that I can get amazing performances out of the people I work with when we focus on the right areas they need to work on.

Each client is unique and will require an individual approach depending on their specific needs. This can include physical work, voice work, textual analysis and more.

If you have something specific you want to work on, get in touch!

"She is a truly committed actress, showing both a talent for character parts and easy connection with the truth.” Jessica Swale (Globe, Summerland, Leading Lady Parts)

“She reminds me of a young Katherine Parkinson. She is a strong actress with a particular flair for comedy.” Vicky Wildman (CDG)

I am a professionally trained actress (Mountview); multi-award winner; long-form improviser (Comedy Central discovered) with 2 monthly shows and invitations to perform at venues such as The Free Association and Hoopla; and star of BBC Three's viral sketch, ‘Breaking up with a Remoaner’.

All of our reviews are collected by us and are 100% reliable. They correspond to a real experience lived by the students of Michelle.