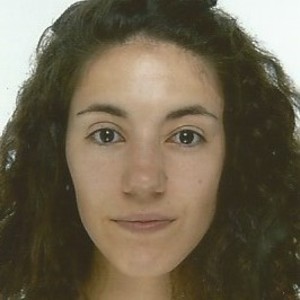 My name is María, a passionate spanish and english (as a language and the field of literature) teacher. I live at the moment in London, although I am from Spain. The reason why I moved here was because the university of Goldsmiths was offering the MA on Black British Writing that i intended to do in order to complete my degree on English Studies (University of Alcalá, Madrid-Spain).

As a Spanish Teacher, I worked for the University of Leeds during the school year 2013-2014. There I voluntereed doing the following: teach spanish to students whose level of Spanish was of B1, B2 (each group was comprised of 10 students); I helped to run the Spanish language “Reading Club” for first year language students who were learning Spanish; and I ran the “Debate Club” for Spanish language students of all years. In this program, students had to read a variety of texts for group discussion (my role was to lead the debate, introducing the topics).

As an english teacher, I have worked with different Spanish-education companies which included the private ones of Aula Global and Alventus ser. Ocio Educativo S.L. As a member of the first one, i worked at the school Liceo Europeo in Madrid tutoring children between 3-6 years old Art, English and also going with them to the different activities the club offers. With the second one, I taught English at the C.E.I.P Rafael Alberti (Rivas-Vaciamadrid) to students of pre-school and primary education. Apart from that, I have been tutoring privately since 2012 bilingual children. The students had a broad age range, so I was experienced in teaching various levels of the subjects between school and college

I started teaching five years ago at the age of 19 while i was doing my undergraduate in Madrid. At the begining my job in relation to this field was private tutoring (one-to-one students), but I started gaining experience working at schools. As said previously, I have worked in private schools and public institutions like universities. The groups I have taught have always comprised between 10 to 25/30 students; and their results have always been really good in general terms.