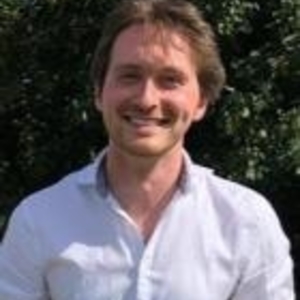 Learning an instrument can be daunting, so I believe it's important to set a pace which is tailored around you and your goals. My lessons are fun and engaging and I understand that support and patience are crucial to developing any skill. I myself am a keen learner so am able to empathise with my students with regard to the process of learning.

I was chorister at Bristol Cathedral from 2000 to 2003. After leaving Bristol Cathedral School I studied at King’s College London where I was Choral Scholar and Guy’s Chapel Organ Scholar from 2008-2011. With the Chapel Choir (under the direction of the late David Trendell) I toured France, Italy, Russia and America, as well as taking part in CD recordings of the music of Philipe Rogier and Gregorio Allegri. My vocal coaches have included Andrew Hambly-Smith, Alex Ashworth (Royal Academy of Music) and Berty Rice.

I graduated in music and returned to the South West to pursue a career in teaching. I has been taught organ by Paul Walton, David Titterington and Gerard Brooks.

I have performed recitals at various churches in London such as St. Martin in the Fields, King's College London Chapel and St. James’s Clerkenwell as well as both Liverpool and Bristol Cathedral.

He has taught piano at St. Bede's Catholic College in Bristol and performs in a variety of ensembles, including the Exultate Singers, directed by David Ogden. I also write my own music, often collaborating with my sister.