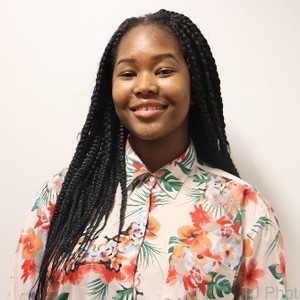 Learn about how to get into the industry as a filmmaker, the skills and resources you need.

If you want to learn any other technical aspect such as basic editing we can do shooting exercises and basic editing classes. Don't worry, if you don't have a DSLR, as long as you have a phone on your camera, you can learn shooting techniques.

Let me know if you want to become a writer, director or a producer and I will cater the learning to you.

Learn about the seven stages of film production.

I am very enthusiastic and very hardworking. I aim to help my students get a step into the industry by telling them where to do work experience, suggesting media and film masterclasses to take. I also provide opportunities for my students to work on set in short film productions.

Tosin is a Brit School, NFTS BFI Film Academy Alumni, and previous BAFTA mentee currently studying at Raindance Film School. Having produced 5 short films to date, her work as a short film producer has been screened at a variety of film festivals. Tosin is the founder and creative director of Leol Films, a production company that creates original thought-provoking stories. 'Dolly' short film is Tosin's directorial debut and is currently on the international festival circuit.

She currently works in the commercials and music video industry as a Freelance Production Assistant.