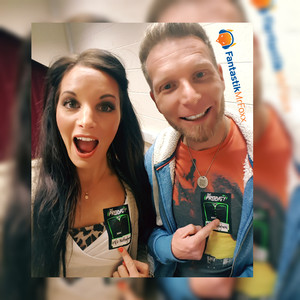 Lessons would always begin with the basics. If you strip djing down to its most basic form, it is as simple as this. Can you tell if the tune in your headphones is going faster or slower than the one that is playing? That is all that djing is. If you can get that then everything else can be taught! There are visual and software aids on the Pioneer DDJ 1000 that will help you to do that, but if you were playing live and those aids failed, could you continue the party without them? Your confidence behind the decks in any situation is my priority, followed by the needs of the people on the dance floor. Because you have to remember they came to listen to YOU, not just the software or equipment you are using. By grasping the very basics of djing first, you will be able to cope with any situation that a live dj hick up can throw at you, and trust me they do happen!

I have been djing since 1996 after I first started raving in 1994 and was amazed at how the Dj could make two records sound better when mixed together than they did on their own! I wanted to learn how to do this, so I taught myself all aspects of djing on vinyl, including scratching. I played at many of the 90's/00's rave events including Fantazia, Die Hard, Vibealite and was the resident Dj for Entropy and Illusion in Stoke on Trent, alongside Daz Willott for 10 years from 1998 until 2008. I became a father for the first time in 2008 and so began my extended paternity leave from playing out for a while, but I never failed to have a scratch every now and then at home on my vinyl! I continued my djing carreer in 2014 where it was noted that the standard djing equipment had changed since I last played out in 2008. A pair of Technics 1210s and some vinyl were no longer the industry standard in a club anymore :( The Pioneer CDJ had taken its crown. So, as the digital era was well and truly here to stay I once again taught myself to use the new digital platforms including, Pioneer CDJ's, Traktor Scratch DVS, Serato (on the Numark V7) and finally Rekordbox on the Pioneer DDJ 1000. This is now my equipment of choice for playing out live. The Pioneer DDJ 1000. It is the perfect tool to learn on to familiarize yourself with what would be the industry standard Pioneer CDJ2000 in most clubs around the country. It has the same jog wheels as a CDJ2000, it users the same software, Rekordbox, as the CDJ2000, it has the same mixer and deck layout as the standard Pioneer DJM mixer series and CDJ2000's with the added bonus of the FX pads as seen on all modern Dj controllers to date. By familiarizing yourself with this piece of equipment, you will future proof yourself for many years to come. That statement was put into practice by myself in 2018 when I won a competition to warm up for the Prodigy on their " No Tourist's" album tour at the Nottingham area on the 3rd of November. The only equipment they had were 4 pioneer CDJ2000's and a Pioneer DJM mixer and I had no issues jumping straight on and fulfilling a dream of a lifetime in front of 10,000 Prodigy fans!

All of our reviews are collected by us and are 100% reliable. They correspond to a real experience lived by the students of Gary (Dj Foxxy Fantastik MrFoxx).

If you required me to travel to you, the cost of travel would be up calculated depending on where you lived, but would always be agreed on prior to any lessons being taken.