Academies Are Growing in Popularity In recent years, more and more pupils are attending academies rather than state schools, and this has raised many questions regarding the quality of education received and general comparison between the two types of institution.

Specifically more than half of students attend academies in the UK, a statistic which first came to light in the early stages of 2019.

The sudden rise of academies has come as a surprise to many, and the move towards this different type of educational institution has happened extremely quickly.

Whereas there were around 200 academy schools in 2010 when the Labour government brought forth the initiative, last year there were closer to 8,000 and the figure is still growing today.

One of the biggest issues that has been raised regarding academies in the UK is the lack of coherence between them and the wide discrepancy in quality from one to the next.

Unlike state schools, academies aren’t subjected to the same regulations, which makes it very difficult to maintain a high level of standards.

This can make the experience of going to an academy wildly different from one town to the next, so receiving a great education in them can come down to luck of the draw. 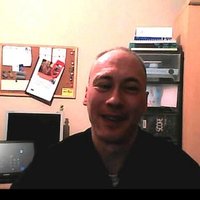 Before we dive into the various questions that have been raised and issues that have arised from the rise of academies, it’s worth examining what exactly an academy is and what the situation is in the UK.

The whole idea behind an academy-based education was borne from the desire to bring marketplace competition to the education sector, and improve things in this way.

More specifically, this academy initiative was brought into effect in the UK to aid schools that were seen to be failing, as a way to revive them.

This happened to the extent that all schools that were perceived to be in a poor position had to be taken over by an academy chain.

An academy trust would swoop in and fully absorb the school and take full responsibility for its organisation. There’s only one way in which the academy trust can be removed from the school, and that’s if it does such a poor job that the government is forced to intervene.

So what you end up with as a result of this market-driven approach to academies is some chains that excel, and others which struggle.

The problem is that there are many average and poor academy chains, which leaves the schools that were already struggling in a worse position than they were in before.

This results in parents clamouring for the school to go back to how it was, but the process of reclaiming the school isn’t a straightforward one and can take several years.

What are the Main Issues?

The rise of academies has unfortunately found itself in the category of current educational issues being faced in the UK right now.

While the school funding crisis is at the heart of many of the issues educators and state schools are dealing with, academies have brought their own problems to the UK education system.

These problems largely result from the lack of regulation, but also stem from financing issues and dependence on educators and leaders to take responsibility and drive the individual academies forward.

The independence of academies has caused a sink or swim dynamic in which some chains flourish, whereas others are left to drown until the government decides to step in.

The lack of regulation is by far one of the biggest issues, and consequently one of the areas which, if addressed, could drastically improve the way academies operate in the UK.

Academy schools are funded by the central government, and aren’t accountable to any form of local authority, as opposed to state schools.

That leaves some of the academies in great positions to flourish, and others more likely to flounder.

Since there is no accountability to local authorities, when change is necessary it takes a long time which can be very frustrating for parents and pupils attending the institution.

Another common issue among many academies is the dependence on leadership to truly thrive.

More often than not, an academy is successful largely due to the person who takes charge.

This brings about various issues, the most important of which are what happens when a strong leader leaves an academy, and what happens if an academy is run by a poor leader.

In both scenarios, the likelihood is that the academy will struggle.

Also, aside from the person in charge of the whole operation, academies tend to have a hard time attracting the best teachers.

As a result of poor coordination and the lack of regulation, many great teachers disregard academies and so starve them of the best education.

A common scenario that plays out in many academies is that the head has to step down for whatever reason, and then the academy struggles to find a solid replacement and so goes on to struggle.

The loss of a strong head in this situation can also lead to other senior members of staff leaving their positions too, since it might seem like a tall order to maintain high standards without someone competent at the helm.

Academy chains were set up by the government to be charities, though a lack of regulation has seen many buildings fall apart and many people high up the chain profit as a result.

The other issue related to finances is the fact that schools which are struggling might lack the funds, which makes them a less desirable asset for the academy chains to take on.

The incentive for one of the better academy chains to take on a school which is falling apart - both literally and metaphorically - isn’t there, especially if the school has no money to speak of.

Why take on deficits and buildings that are falling apart when there are many schools with excellent facilities and greater funds?

The issue of finances is a result of the school funding crisis which has plagued the UK for many years now, causing issues with teacher retention, facilities, and general school organisation.

The lack of funding is also a primary reason why British children don’t learn languages, and this applies to academies too, since many lack the finances to offer a great selection of languages to the pupils.

Now that you have a clear idea of what academies and why their exponential rise in the UK hasn’t been a resounding success, let’s take a look at some of the proposed solutions to the problems they’ve raised.

While the initial idea from the government was to give academies the freedom to innovate and thrive with great leadership, sovereignty hasn’t proved as successful as originally thought.

This has been compounded by financial mismanagement from some of the academies, and the fact that teaching standards fluctuate from one academy to the next due to the lack of a common curriculum.

The most popular, and logical, solution to the issue of the UK academy is to make each one accountable to local authority.

That way there can be a uniform approach to how the academies are run, and each one will have the support it needs to thrive.

This potential solution could elevate the standards of academies and make it a better experience for the pupils and teachers at these types of institutions.

This regulation will also make it easier for parents to be heard, and allow for the academy to be taken over more quickly if things were heading in the wrong direction.

What do the Parties Suggest?

Of course, each party in or around the government has had its say on what should be done to address the issues caused by the rise of academies.

These proposed solutions range from expanding the academies to rejecting the notion that more state funded schools should be converted into academies.

Several parties mention free schools, which are academies in law but haven’t been converted or taken over.

They are newly established in the state sector, as a result of the proposals of educators, parents, or charities.

Here’s more or less what each of the 5 large parties have had to say on the matter.

The Conservatives, who are currently leading the government, want to expand academies and free schools.

The main opposition to the conservative party, the Labour party, have stated that they wish to end the free schools programme.

The Liberal Democrats wish to reject the rule that states that all new state funded schools have to become academies or free schools.

The Green party have proposed integrating academies and free schools into the local authority system, providing greater regulation for them.

The UKIP party is in favour of supporting and funding free schools, provided that they are open to the whole community.