How has the English Language Changed over time?

English is the first taught language worldwide, it is an official language in 53 countries, for almost 1.5 billion people. Although, as their mother tongue, more people speak Chinese, English is close behind.

Nowadays, more and more people wish to learn English for job-related reasons, in particular in the digital sector. 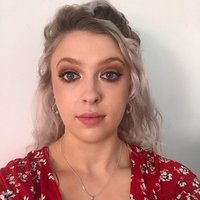 Old English: A History of The English Language

Before 700AD, the Germanic tribes were in a perpetual battle for territory. They arrived in Great Britain, which was called Britannia at the time and ejected the Celtic tribes, even forcing some of them to flee to mainland Europe in Armorica (nowadays known as Brittany, in France).

The Germanic tribes spoke languages like Old Norse, Frankish, Frisian, Saxon, Anglian; all languages, which we can compare with Germanic dialects and the early stages of the English language that did not yet exist.

The origin of Old English is in direct link with migration flows of the Germanic tribes, towards the British islands: the Angles, the Saxons, the Jutes and the Frisians. The Angles coined the terms “England” and “English”.

The Germanic dialects mutated Old English from 700 to 1100AD. It was first written in the runic alphabet and then in Latin. The linguistics was formal: from a phonetic point of view, it was very close to the Old Frisian language, to the point where some linguists spoke Anglo-Frisian. It was also considered boring and left fundamental words behind, such as “him”, “he” and their derivatives.

The evolution of the Early English language is closely linked to the story of invasions in Great Britain, from the 8th and 9th centuries, notably the Vikings who spoke Old Norse (or Old Irish). This dialect founded certain words, which are still used nowadays, such as “take, give, and skin”. The Old Irish language left its mark in English by influencing fundamental grammatical rules, such as “they, them and their” and “-s” of the third person (singular).

Find out how to learn English with our Great Selection of Anglophile News Outlets.

The English language evolved from the 11th century, following the Norman Conquest, at the Battle of Hastings in 1066 and the growth of the catholic church.

Middle English was a mixture of Latin languages, such as Norman French and Germanic languages, like Old Scandinavian, in regards to syntax and word order, in particular, the placing of the verb in a sentence. We can compare the structures of English phrases to Danish and Irish, which come from Germanic origins.

We must go back to William the Conqueror’s victory to understand the integration of Latin languages. Following his victory in 1066 and his coronation as King at the Abbey of Westminster, William the 1st of England settled down in Great Britain. Norman was the language spoken in what is today North East France, whereas the South of France spoke the Occitan language. French diplomats of the time were obligated to take English classes with an English teacher.

The Norman language led to serious linguistic changes in English, as it became the language of the Courts. It introduced a lot of diversity in the Middle English vocabulary.

Nowadays, non-native English speakers often find it difficult to pronounce the famous “th” sound during English classes. However, it was the Norman scribes who introduced this diagram (the joining of 2 letters, like “ch, sh and gh”, as well as the letter “w”) into English.

The One Hundred Years War (1337-1453) marked a turning point in the English language. This war between France and Britain triggered a need for a separate English identity, which influenced the language.

At the outbreak of war, all nobility spoke French and were very closely connected with the continent, many with titles and land in both. French was the language of the monarchy and the aristocrats, at the expense of English, which was spoken by the common people.

But in 1362, the English Parliament recognised English as the official language of the courts. King Henry IV of England who reigned at the time used French as his mother tongue and English as his second language, however subsequent generations began to write official documents in English.

Early Modern English marks the structure of spelling and grammar, which allows us to understand texts written by William Shakespeare. It is marked by the increasing presence of vowels.

English continues to evolve with the influence of Latin and Greek. English authors write literary texts, whereas scientific research (medicine and certain law texts) are written in Latin. This is why that words, such as, “maternity, atmosphere or skeleton” have been borrowed from Latin. Greek has equally left its mark with words, such as, “anthropology, archaeology, and geography”.

During the Renaissance, the perception of the Latin language was superior to some words, which originated from Anglo-Saxon and Germanic. The growth and importance of other European countries, such as Italy during the Renaissance left it's mark with words such as “opera, carnival, and tarot”. Spanish has not been left behind either as Elisabeth I spoke this language.

The age of European exploration and continued colonialism thereafter was marked by significant trade and travel. English began borrowing words from a variety of languages around the world:

Over the course of the 18th and 19th centuries, Late Modern English was marked by the growing contribution of Latin. Why? Well, more technical and scientific vocabulary was used during this industrial period and technical advance, such as “album, minimum, status, stimulus, insomnia, maximum, ultimatum, detritus, duplex, and sanatorium”.

Modern languages, such as French and Italian always influenced English, to the point that some writers looked to launch a purification campaigns in English, but did not succeed.

It wasn't until the end of the 18th century when the tables were turned and English took a preponderant place in international business.

The extension of English was marked by colonisation and growth of the British Empire. The English language extended into Ireland, where half the population at the end of the 18th century still spoke Irish. Nowadays, 98% of Irish people use English as their mother tongue.

In North America (Canada and the United States), English witnessed real expansion throughout colonisation. British English evolved into American English, with different pronunciations and different lexicon. We can witness these differences in Anglophone media, film and literature.

The colonisation of South Africa and Australia led to the introduction of English, by convicts who borrowed a few words from the aboriginal language, such as “boomerang, kangaroo, and wombat”.

In 1940, Churchill desired the creation of Basic English, with 580 words, to make English the most unique language worldwide.

“You have enemies? Good. That means you've stood up for something, sometime in your life”.

Nowadays and since the start of the 20th century, we speak Contemporary English with a lexical field of nearly one million words.

Its international influence is such that English has become both the reference language for business and culture.

And English is the language the most spoken worldwide! Discover the weird and wonderful world of British cuisine.