Discover the History of Ireland! “The Irish are not in a conspiracy to cheat the world by false representations of the merits of their countrymen. No, Sir; the Irish are a fair people; -- they never speak well of one another.” - Samuel Johnson

Ireland is a beautiful country but its history with its stories of Celts and Vikings is also fascinating. It’s also a complicated history with British rule leading to the island being split into two nations and generations of conflict. According to Lord Ashcroft Polls, 51% of people in Northern Ireland would vote for a unified Ireland is there was a referendum.

To better understand what's going on, let’s look at the history of Ireland. 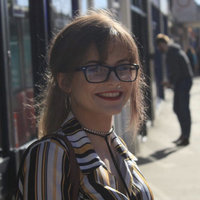 Ireland is known for its green hills and stone-age structures. The first humans arrived in Ireland in 10,500BCE. However, the climate, which included glaciers, made the island too difficult to properly settle.

At the time, the population was mainly nomadic. It wouldn’t be until 4,000BCE that the inhabitants of the island would start agricultural societies. During the Neolithic period, they grew cereals, raised livestock, made ceramics, etc. with villages were created around agriculture.

It was during this time that monuments like the ones at Newgrange were built. Nowadays, these tombs are popular tourist destinations. Archaeological studies have shown that these monuments are related to the environment, seasons, and astronomy.

Bit by bit, European populations started arriving on the island. Copper mines led to new means of production, with these new resources allowing the inhabitants to start making bronze weapons.

The Celtic Invasion of Ireland

In 700BCE, iron and the arrival of the Celts changed life on the island. Arriving from Great Britain, the Celts settled on the island, bringing their social structure with them. There were three large groups which included the druids, the bards, and ovates.

Celtic Ireland was never made part of the Roman Empire like neighbouring Great Britain. The island was too isolated and complicated to conquer. At the time, there were several kingdoms on the island: Ulster, Leinster, Munster, and Connacht.

Saint Patrick and Christianity in Ireland

You’ve probably heard of Saint Patrick’s day but not understood what it celebrates. Saint Patrick was responsible for converting Ireland to Christianity during the 5th century, putting an end to Celtic society.

Originally from Great Britain, Patrick was a slave in Ireland for six years. During this time, he decided to study theology. To do this, he went to Gaul. Upon his return to Ireland, Patrick explained his faith to the druids and was able to convince them, using the clover as a symbol of the trinity, an idea that was present in Celtic beliefs.

The legend of Saint Patrick claims that he drove the snakes out of Ireland.

Bit by bit, Christianity took hold in Ireland. The druids, bards, and ovates converted to Christianity. Monasteries started appearing across the kingdoms on the island.

The Viking Invasion of Ireland

After the Celtic invasion of Ireland and the conversion to Christianity, a new wave of inhabitants arrived, the Vikings.

They started arriving during the 8th century. Viking populations arrived by sea. They were looking for new trade routes. They would war for territories and conquer new regions. These Scandinavian peoples settled in Ireland and across much of the British Isles but the Vikings would burn churches and monasteries.

In the 820s, a large part of the Irish coast was attacked by Vikings. A few years later, the Vikings sailed up the rivers of Ireland and into the mainland. During the 840s, the Vikings started building fortresses. It was during this time that the cities of Cork and Dublin were founded.

Ireland in the Middle Ages

Vikings and Irish kings ruled over the island for several years. During the 10th century, at the start of the Middle Ages, two great kings rose to power: Brian Boru in the south and Mael Sechnaill in the north.

Brian Boru conquered the Viking town of Limerick when Mael Sechnaill took the town of Tara from the Vikings before besieging Dublin in 980. However, both kings were trying to conquer the whole island. Despite neither directly fighting one another, it was Brian Boru who’d get the upper hand by becoming king of all of Ireland, the first king to rule over the entire island.

The king of Leinster, Mael Morda, allied with the Viking warriors who’d kill Brian Boru in the Battle of Clontarf in 1014. What came after was complicated but it led to Mael Sechnaill rising to power. Viking massacres became less common. Generally, they retained power in certain towns while pledging loyalty to the king. A succession of kings ruled over Ireland during the Middle Ages.

However, during the 12th century, the pope authorised the English crown to rule over Ireland. Henry II of England was named Lord of Ireland. This dominion over Ireland would drastically change the island's history with British rule lasting for centuries.

Learn about Ireland's most famous people.

Counts and Migration to Ireland

Great Britain strengthened its grasp on Ireland in several ways. The English crown took land from the Irish, particularly in Ulster, and gave it to Scottish colonists. This led to Irish earls fleeing the country. They headed to Europe by boat in 1607. This would be known as the Flight of the Earls.

Many earls also fled to the Americas and Barbados in the Antilles, where the Irish would learn to grow tobacco. Bit by bit, they migrated to other islands like the French island of Marie-Galante.

The Irish Rebellion of 1641 was one of the earliest instances of Irish uprising against the British crown. The Irish sought to profit from the disorder in England and the impending civil war. However, Oliver Cromwell massacred Irish rebels and land continued to be seized from the Irish, particularly with the Act for the Settlement of Ireland in 1652, which forced the Irish to give up their land to new owners.

This led to the birth of the Irish Patriot Party who sought independence from British rule. Banned by the English, the Irish Patriots found allies in France who were warring against England.

Despite these efforts, in 1801, the whole of Ireland was joined to the United Kingdom by the Acts of the Union. Irish anger only continued to grow as they seemed powerless to change things. Years of anger came to a head with the Easter Rising, an armed conflict in 1916 that would lead to the Irish War of Independence between 1919 and 1921.

In 1921, British Authorities split the island into two. The north, which contained 6 of the 9 counties of the historic province of Ulster, would be Northern Ireland with its parliament in Belfast and the south would have its parliament in Dublin. Officially, the Republic of Ireland was born in 1949.

The Republic of Ireland, which is predominantly Catholic, has been a free and independent sovereign state ever since complete with its government in Dublin.

Northern Ireland, which is predominantly protestant, remained part of the United Kingdom. The country does have a devolved government but it is also part of the UK and has representation in the British parliament in Westminster.

The conflict didn’t end with the Republic of Ireland. Though the Republic celebrated its independence in 1949, for the north, the conflict continued. In the 1960s, the country was rife with a division between the unionists who supported the rule of the British crown and the nationalists who wanted to see a reunified Ireland.

This conflict would last for 30 years and include atrocious events like Bloody Sunday, a peaceful protest during which 13 catholic protesters in the town of Derry were killed by British soldiers. Eventually, the Good Friday Agreement of 18 April 1998 helped reduce the violence.

Of course, the history of Ireland is far too long and interesting to completely cover in a blog. If you'd like to learn more about it, the difference between the Republic of Ireland and Northern Ireland, the people who live there, and why there are more Catholics in one part and more protestants in the other, then we highly recommend reading books on the history and culture of the island.