What are the Best Books to Learn Japanese?

BlogLanguagesJapaneseWhat is the Best Way to Learn Japanese?: The Book Option

Learning to speak Japanese means more than just knowing a few basic Japanese phrases and how to pronounce the words. Like with any other languages, when you learn Japanese, you have to be able to read the language, too.

When you learn Russian, Arabic, Korean, or Japanese, the first problem you are presented with is learning how to understand a new writing system.

The Japanese language is written using three main writing systems: kanji, hiragana and katakana. In addition to these writing systems, there's romaji, a system for writing Japanese words using the letters from the Latin Alphabet.

Kanji is the system of  Japanese characters that actually originated in 4th-century China. They were used in the Chinese writings that were brought to Japan by Buddhists at the time. In Japanese, the term "kanji" literally means “Chinese characters”.

The kana were popularized during the 9th century when Japan broke ties with China. This forced Japanese society to adopt a new system of writing; the hiragana and katakana syllabary systems.

The Japanese writing systems, pronunciation, grammatical structures, and speaking the language are all things that you’re going to have to get to grips with if you want to learn how to speak Japanese fluently.

The differences between European languages, such as French, Spanish, and Portuguese are obvious, and therefore learning Japanese independently requires complete dedication and motivation.

So how do you learn how to speak Japanese?

There aren’t a million different ways to learn the basics of Japanese. But which ever one you choose you'll need a good approach to learning.

Once you have this, you will be well placed to discover Japanese culture, or even work in Japan.

While the earthquake and tsunami on March 11, 2011 may have caused a dip that year, tourism in Japan has only continued to grow in the years that followed. The Japan National Tourism Organization said that 28,690,900 people visited Japan in 2017, a rise of 19.3% on the previous year.

Here are a few of the best books to kick start your Japanese learning... 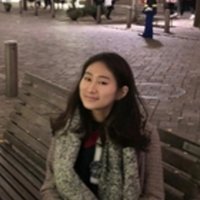 The Most Famous Methods for Learning Japanese

After listening to a Japanese conversation and seeing Japanese kanji, you've probably asked yourself if it's even possible for an English speaker to learn Japanese. The truth is, once you find the right resources, you'll see that speaking Japanese isn't that difficult, after all.

When you decide to learn a new language, you have to decide what is the best way to go about studying. When you type something like “I want to learn Japanese” or “how to learn Japanese” in Google, you’ll be met with thousands of results including lots of different types of resources: apps, books, programs, websites. So which way is best?

Each way has its merits. In this article we will focus on the different books and written resources that are available to help you learn, either independently, or as a support tool for your Japanese lessons.

GENKI I: An Integrated Course in Elementary Japanese

This is arguably one of the most popular resources for learning Japanese. In fact, this is the textbook of choice for a number of Japanese language schools in Japan.

This book covers everything you’d expect on a language course: reading, writing, listening, and speaking. Additionally, the book now comes with an audio CD so that you can practice your listening. Don’t forget to invest in the accompanying workbook so that you can do the activities and improve your Japanese verbs, words and phrases.

Minna no nihongo is one of the most popular books for learning Japanese. In fact, it’s even a popular series for Japanese classes in Japan and is often used as the curriculum for language courses. It focuses on teaching beginners the fundamentals of Japanese.

There are several books in the series allowing students to familiarize themselves with the basics before moving on to the more difficult aspects of the language. Each chapter includes two or three main grammar points, and vocabulary lists to accompany them.

For example, you’ll learn how to say “thank you”, show respect (by adding “gozaimasu”), and apologize. Japanese culture has incredibly complicated and strict rules when it comes to etiquette, after all.

There’s a CD, book, and book of grammatical explanations, too, so you can work on how to read and write simultaneously.

This is an interesting approach to learning Japanese. It uses one of the most popular elements of Japanese culture, Manga (Japanese comics).

The book takes examples from the popular medium and shows you how grammar points are used in Japanese.

As a reference, this book is really useful for beginners and intermediate level students. Any beginner will learn a lot from it, and those who are more experienced can keep a copy on their shelves for whenever they get stuck.

It’s always useful to see language being used in context rather than how you usually see it being used in traditional academic textbooks. It is also one of the more economical books available on the market, and again could be used to supplement a Japanese course.

The great thing about this book is that it links both the language and culture together, so you can learn more than just Japanese vocabulary and sentence structure.

Have questions about the textbooks? Why not take some Japanese classes London?

It can take some time to plan a trip to Japan. Before you buy your tickets to Osaka, Kyoto, or Tokyo, you should at least learn a little Japanese.

Whether you want a conversational level, or a more advanced level that shows you how to write in Japanese, you can find plenty of advice about learning Japanese online.

Here are some of our favorite methods that you might not have heard of.

Japanese from Zero! 1: Proven Techniques to Learn Japanese for Students and Professionals

As the title suggests, this is the book to start with if you know absolutely nothing about Japanese, and is great for anyone about to head to Japan for work or study.

A Guide to Japanese Grammar

This website and book are invaluable resources when it comes to learning the grammatical structure of the Japanese language.

The book isn’t particularly expensive and is a useful resource to have on hand.

Remembering the Kanji 1: A Complete Course

What’s one of the most difficult things about learning Japanese? If you said “kanji”, you’re right! Fortunately, there are a number of books available on the topic and this one just happens to be one of the best.

This book uses a method where you associate what kanji looks like and what it means in order to learn it more effectively. It takes you back through the history of the characters so that you start to understand them the say way that native speakers do.

If you want to learn a language like Japanese, it’s recommended that you study every day. However, this is often easier said than done because of work and family commitments.

As you may have guessed, if this applies to you, you should consider picking up a copy of Japanese for Busy People. It’s a great resource for anyone who’s going on a trip to Japan and needs to quickly and effectively learn some Japanese before they land.

If you’ve already bought your flights and are packing your bags, make sure this book is in your luggage so you can communicate when you arrive.

And finally, this resource is from Japan’s national radio channel, NHK. “Easy Japanese” allows you to learn Japanese by listening to the language being spoken by native speakers.

There are 50 lessons focusing on mini-dialogs between native speakers covering topics such as Japanese culture.

Each show lasts around 10 minutes. You can also test yourself at the end. You can learn about a whole host of fascinating things like Japanese cooking and traveling around Japan.

So what are you waiting for? Start learning today and you could be impressing Japanese people with your proficiency before you know it. Being bilingual in Japanese and English is a great way to further your career and open doors both at home and in Japan. Don’t forget that you can also learn Japanese through immersion...

Before you go to Japan, you should consider looking for a private tutor to help you through the basics of Japanese so that you can at least have a few simple conversations when you land. If you decide to get a tutor, Superprof's the place to go!