Movies to Help You Learn Russian

Learn the Russian language... A pretty big challenge, isn't it? The Cyrillic alphabet, grammatical difficulties... One thing is certain: if you are among the people who have embarked on learning the most beautiful of Slavic languages, it is because a challenge won't scare you off!

But how about a little playful break, which in addition would allow you to progress in Russian quickly?

We have a good tip for you!

It is certain that reading some Russian literature could be effective, but there's no way we are going to advise you to read immediately the complete works of Tolstoy, Pushkin or Dostoevsky, if Russian is a new language to you.

We also won't tell you to go on listening in loop to the discography of Red Army Hearts in its entirety. Maybe going to visit Saint Petersburg?

Tempting, but a trip to Russia can not be improvised overnight.

So how to work on your Russian while having fun?

What we propose to you, is to watch movies!

Indeed, cinema can be a very good medium for learning Russian.

It is sure that when we say Cinema, we tend to think Hollywood, Bollywood or French New Wave.

And yet, the Russian audiovisual industry is full of cinematographic gold nuggets, ranging from independent film to blockbuster.

Some have even been nominated or even awarded at the most important international ceremonies such as the Golden Lion, the Golden Globes or the Oscars.

Compared to "classical" learning methods, watching movies has many advantages for smoothly speaking Russian. This activity will allow you:

So, are you ready?

Here are our top 10 best Russian movies. Why don't you schedule a few instructive binch watching sessions to learn to speak Russian fluently! 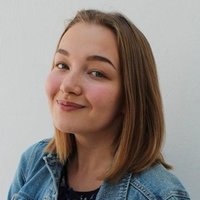 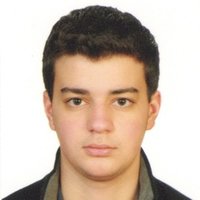 Moscow does not believe in tears

This 1979 melodrama paints a fresco of Soviet Union from the 70s.

He introduces us to the lives of three young friends from a provincial town, who decide to move to Moscow to give a new start to their lives.

We thus follow the three protagonists, performed by Vera Alentova, Irina Muraviova and Raisa Ryazanova, in the accomplishment of their destinies, which will take for each of them a very different path.

Crowned by the Academy Award for best foreign language film in 1981, Moscow does not believe in tears has been a huge success in Russia and is a testament to the moral and societal transition experienced by the country in the 1970s.

A good start when you're a beginner in Russian.

Drama directed by Andrei Zviagintsev, Leviathan stars in the casting:

It transposes a news item in the United States into today's Russia. This is the story of a man, Kolia, who starts a fierce fight against the mayor of his village, who wants to seize for a ridiculous price of his house and car repair shop, in order to make it a telecommunications center.

Very controversial in its country even before its release, this Russian film is accused of trying to seduce Western countries by exacerbating all the clichés attached to Russia, such as alcoholism or corruption.

It has however been acclaimed on the international film scene, and has garnered prestigious awards such as the Screenplay Award at the Cannes Film Festival 2014.

Leviathan was also nominated for the 2015 Oscars in the category Best Foreign Language Films.

See all the awards obtained by the film on wikipedia.com.

When you learn Russian as a beginner, cinema is an ideal medium.

We're turning now to a fancy historical narrative with Russian Ark, a film released in 2002, directed by Alexander Sokurov.

The synopsis is at the least original: a director of the 21st century finds himself parachuted into the Hermitage Museum in Saint Petersburg at the beginning of the 18th century. Accompanied by a French diplomat, he will go through all the pieces of this exceptional palace.

Invisible to those present in the museum, it takes us back to meet events and characters rooted in the Russian history meeting personnalities such as Nicholas I or the famous poet Alexander Pushkin.

This modern masterpiece has the distinction of being the first film to have been shot in a single sequence shot, without cut and therefore without editing, and required the presence of nearly 2000 actors and extras.

A true technical feat that pushes the limits of cinema and a good way to continue learning Russian quickly.

In the War Film register, Kidnapping, Caucasian Style is a must see. It is a film by Sergei Bodrov, with Oleg Menchikov, Sergei Bodrov and Susanna Mekhralieva, released in 2002.

A squadron of Russian soldiers provides order and security in the Caucasus region, when it is attacked by a group of rebels, leaving only two survivors: Sacha and Vania.

The latter are captured by the leader of the rebels, in order to exchange them for his son, held prisoner in Russia.

Sergei Bodrov gives us here a very free adaptation of Leo Tolstoy's novel, The Prisoner of the Caucasus.

This film will bring a real complement to your Russian classes in terms of History and Slavic culture.

Let's return to drama movies with Idiot!, an adaptation of the novel by the Russian writer Fyodor Dostoevsky, released in 2015. Directed by Yuri Bykov, this film transports us to contemporary Russia.

He tells the story of Dima, a young plumber who is in charge of the management of social housing pipes in a small Russian city.

Until the day when, during one of his inspections, he discovers that the building is in ruins and on the verge of collapsing. He will then launch a race against time to save the inhabitants from the building.

A shocking film denouncing all forms of corruption practiced in Russia today.

There is an easy Russian, perfect for your understanding and your assimilation of the Russian language for free.

This drama of 2012 is original in its construction. There are four different stories, dealing with various topics around contemporary Russian society, mixing social, cultural and ethical issues.

The film tells how, in a publishing house, the arrival of a manuscript will influence the lives of all those who read it.

Mikhail Segal offers us here a dynamic work, which reveals a modern Russia and with a current language.

We remain in the dramatic register with Pavel Lungin's first feature film from 1990.

Taxi Blues has had tremendous international success and has been awarded several times, most notably as Best Director at the Cannes Film Festival. It's beautiful story of friendship between a taxi driver and a Moscow saxophonist

We are witnessing here a friendly meeting between two characters which are opposed in every way. Schlikov, played by Piotr Zaitchenko, is a taxi driver in Moscow. One night, Liocha, aka Piotr Mamonov, a saxophonist, calls on Schlikov's services to drive him through Moscow for a night of debauchery.

Unable to pay for his race, Liocha will have to work for Schlikov to pay off his debt.

An absolute must-see film, which will make you discover the system of the USSR through two diametrically opposed visions.

Finally, it's time for comedy in our ranking of the best Russian films.

Easy to understand, this 2008 film will immerse you in Russian culture of the 50s, especially around topics dealing with music and lifestyle of the time.

The director brings us back to Moscow in 1955, two years after Stalin's death, in the life of a young student named Mels.

Partisan of communist youth, Mels will fall in love with Polya, and then join his group of "zazous" fans of American jazz and eccentric outfits.

He will then radically change his point of view on the world, and become the mascot on the dance floor, finding his new friends on the Moscow "Broadway".

This film will help you to assimilate typical Russian expressions, as if it were your mother tongue!

This feature film by Valeriy Todorovskiy, starring Anton Shagin, Oksana Akinshina and Maksim Matveev, is a musical and colorful movie that will make you feel good. A true hymn to the liberated youth who won the Nika Award for Best Picture in 2009, and helps answer some of the most frequently asked questions about Russia.

Having a physical disability, the protagonist Lena has been studying at home for a long time. She's finally accepted into a school, and integrates a specialized class grouping students suffering from various mental and physical handicaps.

They all then have one year to prove that they are able to enter a normal class at the next school year.

A film that helps to better understand Russian society through the portrait of this young girl struggling past childhood.

Directed by Ivan I. Tverdovsky and released in 2014, this poignant drama suggests the rage of an excluded youth in an indifferent society full of prejudices.

Watching this film in its original version, with or without subtitles will form your ear to an urban and modern language, ideal to train you to maintain a real conversation with Russian speakers.

Andrei Konchalovsky received the Silver Lion Award for Best Director at the Venice International Film Festival in 2014 for this poetic drama that plunges us into the heart of Russian nature.

He tells us the story of Aleksey Tryapstin, a postman who makes the link, through his motor boat, between the inhabitants of villages along Lake Kenozero. He brings mail, food and pensions to help these people subsist, for those who live in a remote corner and are virtually cut off from the world.

A great way to discover the remote areas of northern Russia. The landscapes are beautiful, life is rough, the vodka obsessive.

A tale to see absolutely if you want to learn Russian while discovering sumptuous landscapes often unknown.

Ready to learn Russian easily, and while making you happy? Then go watch some Russian comedies!

You will find your happiness in this list of 10 great Russian films to speak just like a native.

Once you've watched them, make you own research to learn more on the best Russian filmmakers of all time. Whether you're more into watching a documentary, a thriller, a tragedy or a horror movie.

A new trick to become fluent while immersing yourself in the Slav culture, so rich and special.

If want to find Russian lessons, searching for Russian courses London produces the most results on Superprof but there is a lot more choice if you learn Russian online.

On your marks, ready, speak!