What Jobs Can You Do With Arabic? Arabic is the world’s fifth-biggest language! That said, very few of us learn it at school. However, for those who do, Arabic is a great language for their career as there are plenty of jobs that can be done with it.

Let’s look at what you can do with Arabic. 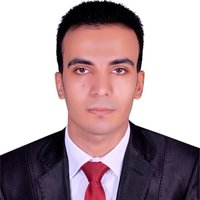 The first and most obvious option for those who speak a foreign language is to teach it. There are plenty of ways to teach, too. In any case, you’ll need to be patient to become a teacher.

You also need to understand teaching. You have to be able to explain the same things in different ways to different students. Of course, teaching isn’t for everyone, but if you’ve got a knack for it, go for it!

You could do a PGCE if you’re interested in teaching in secondary schools. Of course, you could also teach in primary school but the demand is even lower. Generally, you’ll need to have a few languages as Arabic isn’t the most popular language taught at schools. If you don’t teach in schools, you could always teach privately. In this case, you’ll have to find the students and clients yourself.

Whatever choice you make, it’s probably helpful to have some qualifications in the language to prove your abilities. It helps to have a degree, especially if you’re lucking to move onto the PGCE.

In private language schools or academies, you mightn’t need a degree. These places offer classes to children and adults and in some cases, you’ll be teaching external candidates for GCSEs and A Levels who can’t get lessons at school or private students with an interest in the language.

There are language schools, academies, or classes in most of the big cities in the UK. Generally, if they have students interested in the languages you teach and are looking for a teacher, they’ll hire you. With so few Arabic teachers in general, you’ll probably have very little competition for the jobs. That said, you still need to provide quality teaching.

There are also cultural associations that are looking for Arabic teachers. Arabic-speaking communities or immigrant communities are looking to share their language and culture through language lessons. In this case, it’ll be up to them what they look for in a language teacher.

Finally, you could work as a private Arabic tutor. In this case, you’ll work for yourself and have to find your own students and clients. You can teach to students of any age. This is usually the most interesting way to teach. Each student will have their own goals and objectives so you’ll never be bored. Furthermore, you can focus on individual students and their progress.

Translation is another key field those with foreign language skills can work in. In this case, you’ll translate Arabic documents into English. It’s always recommended that you translate into your mother tongue. Of course, if you’re bilingual and a native speaker in both languages, you can translate in both directions. Translators need an excellent grasp of both languages and an eye for detail as you can’t make mistake.

You could work for a translation agency, for a company that requires translations, or for yourself as a freelancer. Translators can translate a variety of different texts from different fields. Generally, a translator will specialise in a language and a particular field.

You can also work as an interpreter.

So what’s the difference?

A translator works with written language. Interpreters, however, work with the spoken language. An interpreter will work with groups of Arabic speakers and English speakers who don’t speak each others’ languages. Generally, they’ll facilitate conversation between two people who can’t speak the other's language.

Much like with translators, interpreters also require further qualifications after their degree. This is usually because there are skills required for translation and interpreting that aren't usually taught on language degrees. After all, during your degree, you'll be focusing on learning to read, write, speak, and understand Arabic rather than translate or interpret it into English.

Find out more about learning Arabic at school.

You can use foreign languages in a variety of fields. Tourism is a field where foreign language skills are highly sought after as you’ll often be working with people from all over the world.

As Arabic isn't commonly taught in the UK, there’s a high demand in certain sectors of tourism for people who can speak Arabic. A lot of employers would love to find candidates with Arabic.

If you’re working in travel and tourism, you could work in hotels, restaurants, or even on aeroplanes and boats. Almost every job in the tourism industry appreciates foreign language skills.

In this line of work, you may be expected to conduct your research in Arabic and produce content in English. After all, to deliver breaking news, if you wait for another English-language outlet to run the story, you've already taken to much time.

While in the past, it could take days for stories to break, in the modern era, this time has been reduced to a matter of minutes in some cases. It could be down to you to make sure that important information in Arabic is correctly reported in English.

Become an Arabic-language Specialist or Consultant

Why not consider studying Arabic-speaking countries?

It’s a specialism that requires a good understanding of the language. Not everyone learning Arabic chooses to go into a career focused on the language. Languages are a gateway to the cultures that speak them so you could study Arabic-speaking nations and cultures.

There are a lot of jobs interested in breaking into the Arabic market and this high demand means that the salary is usually quite good, too. As a specialist, however, you'll be expected to have a lot of experience and a high level of understanding of your subject matter. After all, your job will be to provide clients with the answers and advice they need so that they don't have to do the research themselves.

There are plenty of fields that aren’t directly linked to the Arabic language where you could also work. International careers will probably require language skills.

Find out more about getting an A Level in Arabic.

Whatever field you choose, you always have the option to remain in education to further specialise. Specialism is a good way to add more strings to your bow.

Doors will open to you!