Outsiders might think that Belfast would be a strange place to engage in a combat sport; many still believe it is a troubled place. How could they know about life in this vibrant, still-healing city?

People who idolise Bruce Lee and Jackie Chan, who want to emulate their speed, agility and ability to vanquish any foe are usually surprised to discover that the martial arts are more about discipline and conditioning than fighting.

That doesn’t mean you can’t fight but combat is not the primary purpose of the martial arts.

The same holds true for Muay Thai; Thai boxing as it is also known. Although it appears brutal and lethal, it is really more of a contest of skill and endurance than a need/desire to pound one’ s opponent into the canvas.

As with other martial arts, Muay Thai is full of ceremony; for instance, the fighters might enter the ring wearing a headband called a mongkhon and a pra jiad, a type of armband. They are both removed before the bout begins, of course.

The traditions associated with those two items speak to the long history of the ancient art of Thai fighting. If you think about Muay Thai in those terms, Muay Thai training in Belfast absolutely makes sense, doesn’t it?

Come with your Superprof now; let’s discover together the best places to learn Muay Thai in and around Belfast. 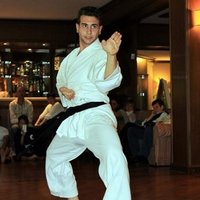 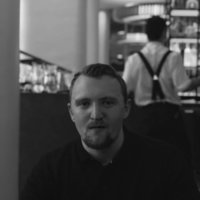 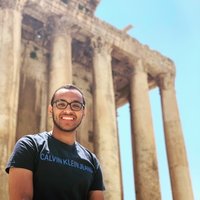 What Does Muay Thai Involve?

Muay Thai originated in Thailand as a component of military training in the late 16th century.

Since its early days, it was known as the Art of Eight Limbs because fighters use their hands, elbows, knees and feet – eight points of contact to strike their opponents.

By contrast, kickboxing only uses four: hands and feet and boxers use only two – their fists.

Besides maximising the points of contact, Muay Thai techniques call for clinching and grappling; roundhouse kicks are a way to keep your opponent at a distance while still landing blows.

Muay Thai is indeed a full-contact sport but you needn’t have a desire to experience hand to hand combat to appreciate the strength and conditioning a Muay Thai workout regimen could bring.

Training is rigorous and demanding; you will have to be in peak physical condition or very nearly there to endure the running, rope jumping, callisthenics and core strength routines your trainer will put you through… and that’s before you even enter the ring for a few rounds of sparring!

The long and the short of it is: if the medicine ball is your favourite toy, you’re golden as far as training techniques are concerned.

Almost forgot! You will also engage in shadow boxing, work the heavy bag and your coach will challenge you with focus mitts and Thai pads – not just to punch but to hit with your shins, elbows, forearms and feet.

Keep in mind that Muay Thai training is designed to condition you to your highest possible level of fitness and make you supremely tough.

Of course, martial arts training in general and Muay Thai training in particular do not mean you are automatically setting yourself up for competition in the ring.

Plenty of people undertake these training methods as a matter of personal fitness; a way of becoming their best self. Just ask trainees at the Muay Thai clubs in Birmingham!

What Gear Do You Need to Practise Muay Thai?

Earlier, we mentioned two ‘accessories’ that Muay Thai fighters wear into the ring but remove before their bout, the mongkhon (also mongkol) and pra jiad. Let’s take a moment to talk about them before we disclose what you should have before stepping into the ring.

Centuries ago, when Muay Thai was a military exercise, fighters practised this discipline with the full expectation of going off to war and possibly losing their life.

Upon leaving their home, they would tear off a piece of a loved one’s clothing; often their mothers’ sarong. These scraps of cloth became their talisman. They would wear them into battle, symbolically wrapping their loved ones’ wishes for their safe return around themselves.

Today, the mongkol is still a symbol of affiliation – not with one’s kin but to one’s gym.

When your trainer deems you ready for the ring, s/he will ceremoniously present you with a mongkol. As you might suspect, it is a great honour to receive one!

There is other protective equipment you might consider, such as headgear, compression shorts and breathable training shirts but they are not really necessary; Muay Thai training is generally more focused on skill than boxing, making protection for your head a bit superfluous.

The trainers at Glasgow Muay Thai clubs don’t make their fighters wear them!

Where Can You Practise Muay Thai?

Whether you have long been searching for a martial art to immerse yourself into or if you’ve only now gained an interest in personal fitness and want to see how far you can go, Muay Thai has a lot to offer. So do Belfast Muay Thai clubs!

If you are in Central Belfast, you might drop in on SBG Belfast. They have a full martial arts curriculum including classes in Muay Thai.

If you are not quite up to the physical conditioning this rigorous discipline demands, you may consider their strength training programmes before committing the Muay Thai.

We really like that they have something for everyone, even Muay Thai classes for kids – little ones and teenagers. We also liked that prospective trainees must undergo an evaluation before they start training.

If you hang your hat closer to Strandtown, think about Prokick Gym.

Although they offer classes in kickboxing their focus is Muay Thai and they have an excellent programme that is well-suited to beginners – they actually offer beginner Muay Thai courses!

Starting at £5 per class, you could hardly beat this deal. We couldn’t find any Muay Thai classes in Manchester for that price!

If you are more towards Ardoyne, Langka Muay Thai is for you.

This is the club to be if you are interested in competing. Besides their regular pad and sparring sessions throughout the week, they host competition night featuring amateur and intermediate fighters of all weight classes.

If you are a university student, you may already know about Queen’s Students’ Union Kickboxing and Muay Thai.

They take a two-pronged approach to training; those who want to know more about the discipline and fighting techniques and those who truly wish to step into the ring to compete.

Finally, if you happen to carouse on West Bank Road, you might check out the IFS MMA Club.

Just because MMA is in their name, that doesn’t mean that is all they do. In fact, they take an egalitarian approach to training; anyone who shows an interest - in Muay Thai or MMA. male, female or child, is welcome.

What we really like about this club is their 8-week trial programme.

You only need to commit for eight weeks (initially). If they can’t make you love Muay Thai as much as they do in that time, you’ll not be pressured into any further commitment or to a contract.

We looked at Muay Thai clubs all over the UK and couldn’t find a deal like that anywhere else!

The Point of Muay Thai

Understandably, violence is a touchy subject and, to the uninitiated, Muay Thai appears violent indeed.

It is a full-contact combat sport and fighters step into the ring with little in the way of personal protection.

Furthermore, unlike boxing, a sport where the blows are restricted to a certain area of the body and clinching is against the rules, Muay Thai seems to embrace ‘dirty fighting’ tactics.

That’s just the way it looks and, really, that’s the point of Muay Thai.

Remember that it started out as a way to fight wars; it only gradually became a sport.

The idea is not to beat the tar out of your opponent but to strategise your attack while avoiding any blows. Being able to do so takes a great deal of skill, endurance and stamina.

Those qualities are what the Muay Thai fighter cultivates. Facing off in the ring is just a chance to prove how well s/he has done.

But why take our word for it? Now that you know where you can train, why not find out for yourself what it’s all about?