Like any other language that has travelled as much as French, there are a variety of regional accents and dialects that might confuse anyone learning French outside of Paris. Fortunately, if you immerse yourself in the local life, you will soon acquire the right accent and intonation, ingest the local slang, and very likely confuse anyone speaking High French when you meet them. It is not always simply a question of pronouncing French words differently, but also of the evolution of certain characteristic grammar particularities and even non-French vocabulary.

So whether or not you want to stick to learning French pronunciation in its standard form or want to gain fluency one of the non-standard regional variations depends entirely on why you want to learn French in the first place: do you want to speak conversational French to integrate into wherever you are living, or communicate with French people on an international level? 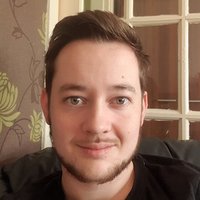 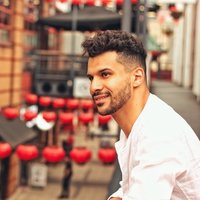 France is not quite the hodgepodge of accents that Britain is, but there are regional variations - not just accents, but dialects. Here is a small selection, a little insight into French culture.

You will hear Meridional French spoken in areas where Occitan (also called the Langue d’Oc) used to be spoken, both historically and currently.

Occitan is a Romance language that evolved in the south of France, from the Pyrénées to the Alps (including in Monaco), and in parts of Spain and Italy. In the Middle Ages it was one of several Romance languages spoken in France. In fact, some of the earliest pieces of French literature are in medieval Langue d’Oc.

Meridional French differs from French in a few grammatical particularities. For example, there is a verb form called the passé sucomposé - j’ai eu été- along with certain other variations in conjugation, a high use of “faire” (to do) as an auxiliary verb, and “que” to replace other conjunctions.

The definite article is often used in place of the possessive pronoun:

In terms of pronunciation, Meridional French has a few quirks:

This is only a selection of what separates Meridional French from Standard Franch. There are other variations of course, and within Meridional French there are further regional variations throughout the south of France. You can listen to the accent from Marseilles here.

The French spoken in Alsace

Because of its proximity to Germany, and the prevalence of Alsatian, a German dialect, the French spoken in Alsace is a little different from the standard French language. In fact, Alsace has changed hands several times in French history, belonging sometimes to France and sometimes to Germany.

The Alsatian accent can be identified by several particularitie:

In terms of daily parlance, the influence of Alsatian is rather pronounced with certain expressions and usage such as:

In Brittany, they still speak Breton, a Celtic language in the same family as Cornish and Welsh. Again, Breton has seeped into the regional dialect spoken there.

A few of the ways in which it will differ from normal French are:

Le pain, le manges-tu? The bread, you are eating it? Instead of: Manges-tu le pain?
Le film, tu l’as aimé? The movie, you liked it?

J’ai été au lit avec le docteur. I have been to bed with the doctor. This actually means: the doctor prescribed bedrest.

This wonderfully illustrates why, if you are taking online French courses, you should make sure your teacher speaks standard French.

The French spoken on Corsica

Again, with Corsican French we have a regional French that borrows a lot from the local language, Corsican.

The Corsican accent is fairly similar to standard French, though, like Meridional French, it tends to speak otherwise silent “e”s. There are some further subtle differences among the vowels; linguists among our readers with a good grasp of French might be interested in this article.

Some ways to distinguish Corsican French are:

There are two regional languages in Lyon and the area surrounding it. One is Lyonnais, a dialect of Arpitan or Franco-Provençal (both it and modern French derive from the Langues d’Oils), and the parler lyonnais, a dialectal version of French influenced by Lyonnais.

The Lyonnais accent is especially noticable on the vowels “o” and “eu” which are pronounced closed. It also makes more of a difference between open and closed vowels, such as between “haut” and “hôte”.

Grammatically, here are some of the differences for this patois:

Another Arpitan language is Savoyard, a patois spoken in the region of Savoie - and yes, it influences the local French. There is also a local argot called the mourmé, developed by masons. Some mourmé expressions have made it into the colloquial French spoken in Savoie.

The parler Savoyard is similar in some aspects to the parler Lyonnais with its use of “y”, for example. Another typical example is the addition of “ou bien?” at the end of questions.

The parler Savoyard has a lot in common with the French spoken in Switzerland.

There are many more regional variations of the French language, such as the accents and dialects of Franche-Comté, Lorraine, etc… Often, these only survive in rural areas and among the elderly. There is even a regional French spoken in the UK - on some of the Jersey islands (a variation of the dialect spoken in Normandy.) But let’s take a look at French accents and dialects elsewhere around the world.

The Québécois Dialect of French

Québec is a province of Canada where they still speak French. In fact, you might say that Québec is the original Canadian colony, once part of New France and ceded to the British after the Seven Year’s War in 1713, and that the rest of the French territory was conquered, colonized or annected by settlers from there - including Acadiana, an area around the Mississippi that later became a part of south Louisiana, and where they speak a Creole French.

There are a few other areas of Canada where French is spoken, such as New Brunswick and part of Nova Scotia, but in Québec, French is an official language and all street signs and official documents will be in French as well as English.

So with Québécois, we have yet another example of French being influenced by another language - this time, it’s the English language, with many English words for things being simply translated into French instead of the usual French expression being used. What does this mean?

Well, the standard French word for traffic light is “feu” (fire), but a Canadian will say “lumière” because in English it’s a traffic light. Also, in Québec, the noun for a portable phone is “cellulaire” (from “cell phone”) rather than a “portable”.

Of course, a lot of the differences between Québec French and standard French are also due to the fact that - until communications became instant - the French language has evolved in relative isolation for centuries and simply took its own path as the descendants of the early immigrants developed their own linguistic quirks.

In fact, the greatest difference between the Québec and French languages is the accent. The Québec accent is so different from standard French that, even though they mostly use the same vocabulary, they often cannot always understand each other (a bit like a Scotsman and a Texan). So if you are considering a French immersion holiday or want to study abroad to become fluent in French, Québec may not be ideal. For example:

In actual fact, there are several Quebec accents, but they do have certain points in common. You can listen to a man from Québec and young boy from France trying to teach other their accents here.

Like any dialect, Canadian French has its little special expressions and particularities:

Finally, all of the French pidgins and patois from former French colonies have their own pronunciations and grammar rules. The French Creoles, usually considered languages in their own rights, are heavily influenced by local accents and languages. Some might have certain similarities in grammar, but they are so varied it isn't quite right to group them together, with:

So many, in fact, that they really would need their own article. Suffice it to say that there are many francophone countries on Earth, but taking French classes and learning standard French vocabulary and French grammar doesn’t guarantee that you will understand them.

If you want to find a face to face tutor, searching for French courses London produces the most results on Superprof.