Learn to Read Hindi with Hindi Newspapers and Books

So you’ve signed up for Hindi language courses, have learned the Devanagari alphabet and are eager to practise your Hindi reading skills outside of the Hindi learning class room. What options do you have at your disposal? 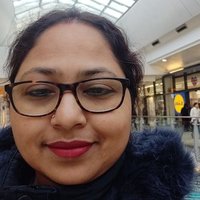 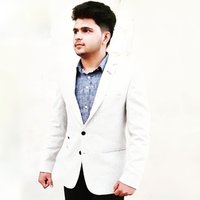 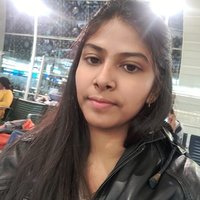 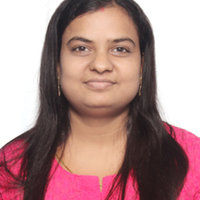 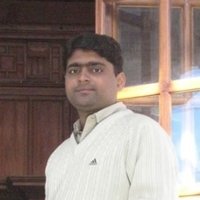 Learning to Read Hindi and Urdu

When learning to read an Indian language, one important factor is knowing the alphabet. Not all Indian languages use the same script, and none of them use Latin letters.

Other languages such as Tamil, Rajasthani, Kannada, Malayalam or Gujarati also have their own alphabets.

The script used to write Hindi is called Devanagari. It belongs to the family of the Brahmic scripts, and its main characteristic is the upper line from which most characters descend. It is mainly consonant-based; most vowels are written as modifications to the basic consonant letter.

This takes some getting used to - and the best way to do that is to read, read, read in Hindi!

Urdu, the variation of Hindi spoken in Pakistan, is written in another script entirely - so if you are learning Hindi, there is no point in reading Urdu newspapers to perfect your reading comprehension!

Urdu uses a Persian calligraphy script - a variation on the Arabic script - called Nasta’liq. It is written from right to left, and letters look slightly different depending on whether they are at the beginning, middle or end of a word.

Some Urdu communities in India use a variation of the Devanagari script instead.

The advantage to practising your Hindi by reading Hindi news is the great variety of themes you will encounter. Each will introduce new Hindi words. In fact, reading news articles might possibly be the best way to build up your vocabulary!

Another advantage is that newspaper articles are usually fairly short and written clearly. The sentences are not too primitive, but not too long, either.

Their length makes it easier for a student of the Hindi language to sit down in the morning with their dictionary and read some Hindi. You won’t have hundreds of pages starting back at you, daunting in their length. As a beginner, you can choose one or two articles, based on their length or your interests (cricket? Hindi TV shows?). As you advance, you can read more articles, until an entire newspaper in Hindi is no great feat for you!

Some Hindi newspapers to improve your vocabulary

Unless you have family in India or are living there, you should probably stick to newspapers with a large circulation rather than small local papers, as their articles are more likely to be of interest to you:

You will want to steer clear of several well-known Indian newspapers such as the Financial Express, the Deccan Chronicle, the Deccan Herald, Business Standard and Business Line as these dailies are English-language newspapers.

Check out how to learn Hindi in a fun way.

It isn’t always easy to get a hold of Hindi newspapers outside of India (we recommend bookshops at large train stations or, if you travel a lot, in airports). Fortunately, the Internet is your friend, and several of the main Hindi newspapers have a news portal or news website with a digital version of their articles in Hindi.

Dainik Bhaskar has an Epaper version as well as a news app for Android, iPhone and Windows.

Other papers offering an online version are:

However, most Urdu newspapers now have digital fonts.

If you are interested in Indian news, try the Munsif Daily (Hyderabad) with an Internet news portal with breaking stories and e-papers, the Hind Samachar (mainly published in Mumbai) or the tabloid Prabhanjan Sanket.

Of the Urdu newspapers published in Pakistan, some of the most widely-circulated are Khabrain and the Daily Express, which has an e-paper version on their website.

If you are at an intermediate or advanced level and aren’t psyched about news in Hindi, you might want to take a look at magazines about your interests or hobbies. The articles will be longer but, while at the beginning your vocabulary will explode, with time there will be fewer and fewer words for you to look up as the specialist vocabulary becomes familiar to you.

If your goal is to learn more Hindi vocabulary, sticking to the news is best; but if all you want to do is practise reading the Hindi language while learning more about science or your favourite Bollywood stars, this is the way to go!

You might want to start out with children’s magazines and then work your way up to your interests.

Using Hindi Books to Learn to Read the Language

The problem with articles is that it’s not easy to learn words in context, without help from a dictionary. Because of their condensed format, every word counts and there isn’t much underlying narrative that can help you figure out a word.

So if you like to experience a language without running to a dictionary every few minutes, you could try reading stories in Hindi.

Children’s Books: How to Choose?

The wonderful thing about children’s books is that there is always something at your level, and it’s easy to find out what.

When you are first learning Hindi, there are two types of books that will help you along:

Here are a few Hindi children’s books available in the UK:

Then, as you progress, you can choose longer books aimed at elementary school children.

While all in all, it’s up to you, I would recommend reading novels or short stories for adults rather than non-fiction. The prose tends to be less convoluted (mostly) and it’s easier to pick out words in context than in non-fiction. Once you become fluent in Hindi, you can, of course, read anything you like!

I would also recommend you stay away from religious texts at first. For one, not all of them are in Hindi (many are in Sanskrit), and for another, hymns and sutras are very poetic and hard to understand for a beginner student.

Once you progress far enough, though, Indian sutras are very beautiful. Advanced level is also when you should start reading poems (intermediate is fine, too, if you find a poet who isn’t too abstract).

If you want to know more about the Hindu language and culture at a beginner or intermediate level, there are some tales of Buddha and the gods that make good reading; you will find them in children’s books, often as morality tales.

Once you know what you like, you can read such classics as Gunahon Ka Devta by Dharamvir Bharati, Painstth Lakh ki Dacoity by Surender Mohan Pathak (a novel about banditry), Kitne Pakistan by Kamleshwar or, if you like epic fantasy, Chandrakanta by Devaki Nandan Khatri (from 1888.)

For those with little time or stamina, there are various websites that offer shorts at various levels for learning Hindi, such as:

With all these possibilities, there is nothing standing in the way of learning to read Hindi fluently! But if you stumble and get discouraged, why not hire a Superprof tutor to discuss your reading and help you with vocabulary?