How Much Effort Will it Take to Switch Over to the Russian Keyboard?

BlogRussianSwitching Over to the Russian Keyboard

What would become of us, poor mortals that we are, without our mice and our keyboards, addicted as we are to computers that are faster and faster and more and more powerful?

People of a certain age can do away with all this technology, but the ultra-connected youth of today could not even imagine living without a smartphone, PC, or tablet.

In this vast digital world, it is necessary of course to equip yourself according to your needs. Today, we dedicate this article to all those who wish to acquire for themselves a Russian Cyrillic keyboard for themselves, a relative, or a friend.

This may be necessary for many different reasons, as we shall see in a few moments.

First, you had the idea, now, we'll talk about the different ways you can acquire this keyboard!

The answer is of course: take action! and find the rare pearl among the large choice of keyboards available to you.

Though we are not in Verkhoyansk nor Petrograd and won't find this keyboard in our local computer shop - unless you know an Anglo-Russian computer shop? - we promise you will find just the right keyboard! 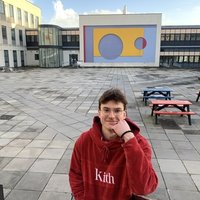 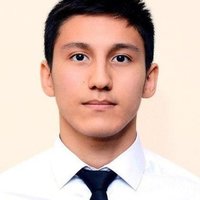 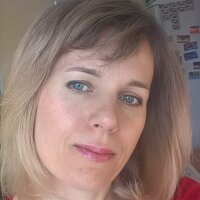 Many schoolchildren do not realize that life changes completely depending on the country where you live.

The climate and the landscapes are different, but let's not forget about the religion, the culture, the language...

The QWERTY keyboard (which is not everybody's favorite, mind you!) that floods our supermarkets and shops is specific to our nation and rarely crosses borders. Even the Mexicans and Bahamians use a keyboard slightly different to ours, although they are also based on the Latin alphabet!

Unsurprisingly, Russian is the most famous of the Slavic languages. Russian keyboards have the same number of keys as all the other keyboards, but with slightly different symbols on them...

There are enough keys that you can type away the 33 letters that compose the modern Russian alphabet.

You should keep in mind that the Cyrillic alphabet is not only for Russians. Other nations draw their keyboards from Cyrillic origins and have their own set of differences: a great example of this is the Serbs.

If our American keyboard is named "QWERTY" because of the first letters on its first row, its Russian counterpart is called "йцукенг" for the same reasons.

In fact, some Russians use a QWERTY/Cyrillic keyboard, which has been inherited from the Anglo-Saxon world.

Best to take Russian lessons too if you want to get comfortable with a Cyrillic keyboard.

Why Should You Hook Up a Russian Keyboard to Your Computer?

It is obvious that the average American will not hook up a Cyrillic keyboard to his computer - moreover, it will never even cross his or her mind!

This may only be useful for Russians living in America and wishing to type as if they were deep in Russia. Another set of people who might be interested is Americans wishing to learn how to write Russian, and dabbling with Russian courses online.

When buying a Cyrillic keyboard, be careful not to:

With the latter keyboard, the Latin characters are still in place and you may end up getting super confused...

A Cyrillic keyboard made in Russia will give you the opportunity to practice communication with locals on forums frequented by native Russians, and will help you to navigate the Russian web (Google.ru for example), not to mention give you the possibility of writing Word files in Russian.

Buying a Cyrillic keyboard is ideal for using your computer in Russian!

You may think that Cyrillic equals Russian - or Slavic. Yet, this is totally unfounded.

Culturally and geopolitically speaking, the Russian Federation - the former USSR - has the greatest civilizational influence among peoples and states that use the Cyrillic writing.

But a Cyrillic keyboard is also a good starting point to converse with natives in one of the languages that uses this alphabet, whether they be:

Of course, the keyboard will vary slightly from one country to another as is the case from one European region to another; but, for the most part, the basic characters will remain the same.

If you are polyglot and Cyrillic really speaks to you, do not hesitate to study Cyrillic languages other than Russian as well! Your new keyboard will allow you to write in them too.

Russian lessons London are many, look on Superprof to find the best tutors out there and check our guide to writing in Russian for beginners.

Cyrillic Keyboard: Where Will You Find Just the Right One?

Buying a Cyrillic keyboard is not the most common thing in the United States...There is no supermarket with a Russian keyboard.

There are very few stores in the US with these keyboards. For this reason, the best thing to do is probably to ask your favorite computer store if they can order you a Cyrillic keyboard. They may have the right international supplier.

Believe it or not, many are manufactured in China.

Normally, a large store such as Best Buy Fnac is able to provide such products. But before you go there, why not call them in order to save yourself time and money.

Let's move on to the internet!

Comparing Keyboard on the Net

The best choice is obviously the world wide web.

In this large internet world, you can find exactly what you need in terms of a cyrillic keyboard.

All it will take is a few seconds on Google where you will search for "buying a Cyrillic keyboard" or "buying a Russian keyboard" and you will get a thousand results that will lead you to the following sites:

Are you seeking to buy your keyboard from the Russians themselves? You can make your purchases on a Russian site, in spite of customs, such as artlebedev.ru - if you shop there though you may need some notions in Russian.

The prices fluctuate and the models vary according to the year and design of the Russian keyboard you are looking for. Some are more modern and according to contemporary taste.

Quality keyboards start around twenty dollars but go up to 40 or even 80 USD for the very best.

There are much lighter keyboards nowadays which will be great for shipping.

Some brands like Cherry and KKmoon are very popular with French learners.

Most of the websites we have listed also have used Cyrillic keyboards, but these might not be as useful for your Russian course (Russian courses in NYC).

Our 6 Tips When it Comes to Cyrillic Keyboards

If you buy transparent Cyrillic stickers for your current keyboard, the result will be the same (you'll just need to change the settings on your computer) - provided you do not make mistake when you stick the keys on...so, you see, Russian is not as hard to learn as you thought!