Learn Acting from the best

Have You Ever Seen a Book Musical?

We’re not talking a Disney Fantasia-esque tale wherein books, as the brooms in that film, take on a life of their own, flapping about the stage, unbidden.

Like the aforementioned brooms, such a phenomenon would be rather frightening, don’t you think?

A book musical is a type of musical theatre with specific criteria – how many songs and how they are woven into the story; when the musical elements are introduced, and so on.

Don’t fret, we’ll go into more detail in the meat of the topic; this is just the introduction!

Many people assume that a book musical is a stage show that includes music, whose inspiration or, indeed, the whole story is lifted from a previously published book.

In some cases, that is exactly how a musical comes to be: somebody reads a great book, visualises soaring vocals and lively dance steps and, next thing you know, Broadway’s next big show is going on tour!

Or West End’s next big show… UK composers have turned out more than a few internationally renown musicals, too.

Although such a scenario involves books and musicals, the shows that come about that way are not all book musicals.

In fact, let’s start the discussion off by going over a few books that became musicals. Later, we’ll divulge the criteria that make for a book musical.

Time to get your literary thinking caps on! 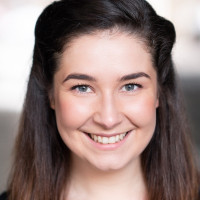 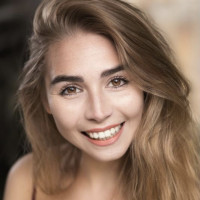 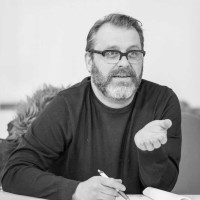 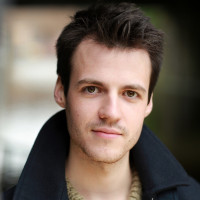 Musicals that Started as Novels

Evidence exists that ancient societies enjoyed storytelling as much as we do, and in many different formats, from narration to theatre productions. Printed stories came much later.

By the time those works were published, opera had been a form of entertainment in Italy for more than 100 years and was working its way across Europe.

The French writer Molière was instrumental in the evolution of musical theatre. He envisioned his more farcical tales as stage shows and, teaming up with musician Jean-Baptiste Lully, produced a string of musical comedies.

Those shows had a great influence on the short season of English opera and they illustrate our point: back then and today, the inspiration for a hit musical could come from anywhere.

For instance, the Tony Award-winning Rent draws directly on Puccini’s La Bohème for inspiration; it even parallels some of the older opera’s storylines.

It’s natural for playwrights to draw on past literary work, perhaps updating the story to reflect modern times.

Among popular musicals that started as books are:

Andrew Lloyd Webber, a prolific composer of musical scores for stage and screen often draws inspiration from literature. Besides The Phantom, he has brought Cats to life (based on a book by T.S. Elliot) and Jesus Christ Superstar, based on the Gospels.

All of these stories were firmly established as books before they were made into shows; other types of books can also serve as inspiration for a Broadway musical. Think Hamilton, inspired by a biography of that American president.

In summary: many books have been turned into musicals, but not every musical is a book musical… which begs the question: how many different types of musicals are there?

What Is a Book Musical, Exactly?

So far, we’ve established that books become musicals and we’re still intrigued by the idea that musicals have books.

By that, we don’t mean that of musicals are written and, from those productions, a book is compiled even though that is sometimes the case.

As an example: Mamma Mia, How Can I Resist You?, by Judy Cramer, tells the story of how ABBA’s songs came to be one of the most successful musicals to ever hit the stage.

A book musical is different than that, even.

Book musicals have three distinct components and certain characteristics to define them.

We’ll start by exploring them and we challenge you to mentally review the musicals you’ve seen to determine if they are book musicals or a different type of musical.

Most musicals start out with the same three components: music, lyrics and a script.

However, a book musical follows an orderly progression from beginning to end… unlike concept musicals, which presents its story in fragments relevant to the theme or moral of the story.

The script details the performers’ lines and stage directions; it may also include song lyrics. Scripts may contain notes about character development and perhaps a bit of backstory so that the performers can get some ideas about how best to play their role.

As opposed to other types of musicals, the songs in a book musical are integral to the story.

They may be sung to heighten the dramatic intensity of the situation, to a romantic partner as a way to convey deep emotion or as a duet – One Hand, One Heart in West Side Story comes to mind as a great example of such.

Song lyrics help to advance the story rather than give a break from it.

Such songs contrast with those from musicals like Cher Show, an American musical that details the life and songs of that remarkable performer. Needless to say, the score for that show incorporates her many hit songs rather than new songs written specifically for the show.

Now, let’s look closer at each of the facets all book musicals have in common.

Usually, when the script includes the show’s song lyrics, it is referred to as a libretto. Many theatrical branches use librettos: operas and operettas; cantatas and oratorio. Librettos even feature in religious practices such as requiems.

Productions tend to run more smoothly from a libretto because they include stage directions. And, because the songs are integral to the story – indeed, they form a part of the story, it helps the performers get a sense of continuity when lyrics are included within the dialogue.

In a book musical, most (if not all) the characters are all introduced and the plot is laid out in the first act.

The first act usually runs longer than the second and, generally, the complication or conflict – the crux of the story, will be revealed just before intermission.

Also, learn to distinguish the characteristics of musical revues…

Music and lyrics together are called the score.

A score may include music played softly during characters’ conversational interludes as well as background music for action scenes, if any. It may even include orchestrations to be played during the intermission.

It is quite common for one person to write the music and another the lyrics; Gilbert and Sullivan were just such a writing team. The former wrote the libretti while the latter composed the music.

Across the pond, Rodgers and Hammerstein were an equally prolific creative team; Richard Rodgers composed the music and Oscar Hammerstein wrote lines and lyrics.

While collaborations are common in musical theater, some composers write their shows’ music and lyrics alone. An excellent, modern-day example of such is Lin-Manuel Miranda, author/composer of Hamilton.

In a book musical, most of the songs are sung in the first act and reprised in the second, sometimes with different lyrics.

These second-act tunes may be sung at a different tempo, by a chorus rather than the character who sang it first; they may even have different lyrics while the music remains the same. Occasionally, a new song and dance may be added.

Do you know of a rock musical that had music written especially for the show?

In some musicals, songs are meant as an aside to the audience, giving us a peek into the characters’ thoughts or motivations. By contrast, song lyrics in book musicals have a direct import on the story itself.

Edelweiss, poignantly sung by the von Trapp family just before leaving Austria forever is the perfect case in point.

Their audience includes Nazi officials, the very regime Captain von Trapp reviles, which he effectively demonstrates when he joins his son in singing about the pure, white flower that will forever symbolise his beloved Austria.

So effective was this ballad that many fans of The Sound of Music believed it was Austria’s national anthem – or, at least a traditional folk song when, in fact, it was written by American lyricist Oscar Hammerstein, who had no ties to Austria.

The Most Popular Book Musicals

Does all of this leave you scratching your head, wondering which Broadway musicals – or any show put on in any theatre in New York or London are actually book musicals?

You might argue that every musical is a book musical; don’t they all have to have a script?

To an extent, you are correct but, today, a new musical tends to eschew books altogether; sometimes, actors’ lines are sung or rapped rather than recited. In that sense, musical theatre is edging ever closer to opera.

That is why classic titles are generally considered true book musicals. Among the best musical fare to play on Broadway are:

Another point to keep in mind: many Broadway shows can be classified in several different ways. For instance, a jukebox musical such as Mamma Mia may also be considered a musical comedy.

The musical Beauty and the Beast, adapted from the Disney movie, could be considered a book musical although its genesis was the musical film.

The question is: do you need to know whether the Broadway production you want to buy tickets for is a book musical or a concept musical?

Probably not, but understanding how such productions are classified helps you to understand musical theatre as a whole: past, present and future.

Go ahead and enjoy all of the revivals and new performances you want!

See where you can take drama classes near me.