Do People Eat Real Japanese Food Outside of Japan?

BlogCookingHow is Japanese Food Adapted Around the World?

It is quite common for people in lands other than Japan to proclaim a deep and abiding love for Japanese food.

From the rituals of preparation to the presentation of dishes and the freshness of the ingredients, Japanese cuisine seems to earn much higher marks than, say, your favourite hamburger joint – no matter how high-end it is.

Would you be surprised to find that what you have been eating and raving about this whole time merely capitalises on the idea of Japanese cuisine without wholly representing it?

It’s not a matter of deceit, really. Those restaurateurs don’t have an eye on your wallet while providing thin slices of fish and small bowls of rice.

However, they do have to obey the food safety laws of whichever country they operate in, which means that some aspects of authentic Japanese cuisine can only be experienced in Japan... and maybe a couple of other Asian countries.

With the exception of oysters, people in the west generally refrain from eating anything that is still alive. By contrast, in Japan, eating live shrimp, octopus and fish is fairly common.

Another sticky point from one food culture to the next is eating offal.

With the possible exception of liver and the Scottish signature dish haggis, we in the west are not generally fond of eating animals’ organs or eyeballs but in Japan, fish eyeballs – and heads and organs are more than acceptable; they are a part of everyday eating.

Of course, with more people advocating for more economical and sustainable eating practices in the west, nose-to-tail consumption of animals is gaining traction...

Besides these two factors we just mentioned, how else does Japanese food around the world compare with traditional Japanese food eaten in Japan? 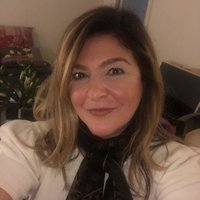 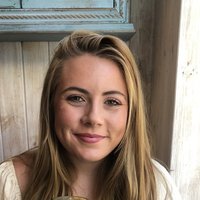 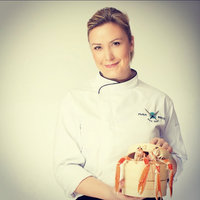 Japanese Recipes: to Salt or not to Salt?

It is a fact: we love our salt.

Crisps, soups and those yummy bacon sarnies; our trademark fish’n’chips and even the ketchup we dip those chips in: we Brits live in a salted world. So does the rest of the western world.

In fact, so overly-salted is our diet that the experts estimate we take in over 2 grams of salt more than is recommended by dietary guideline.

Salt, or rather the lack of it is one reason that makes Japanese style eating so appealing to us.

Does that mean that the meal you just enjoyed at your fav Japanese restaurant is in keeping with authentic Japanese cooking guidelines?

Most dishes served to Japanese people in their country are accompanied by condiments that elevate the food's flavour so the average Japanese chef doesn’t see salt as a necessary ingredient in food preparation.

On the other hand, some ingredients used in cooking Japanese food have a naturally salty taste.

Find some amazing cooking courses anywhere thanks to Superprof.

Dashi broth is used extensively in Japanese cuisine to make soups and sauces and to simmer meat. It consists of fish flakes and seaweed; those ingredients combined create the impression of salt without actually using any.

So, next time you dine at your fav Japanese eatery, disregard the saltshakers (and pepper shakers, too!) in favour of letting the natural flavours shine through.

Get a start on planing your Japan trip: learn all about the various regional cuisines...

Japanese dishes run toward the small: small bowls, small plates and small cups for sake. Even Japanese rice dishes – donburi tend to be served in smaller portions than what westerners are used to.

By contrast, portion size in the west... let’s be kind: would be enough for two meals. And that’s just the quantity of the food. If we’re talking calories, some meals represent an entire day’s recommended calorie intake!

Wait a minute, are we still talking about Japanese food?

Indeed, we are. We’ll discuss ingredients in our next segment. Back to portion sizes, now.

A typical Japanese meal served in a restaurant in Japan generally consists of a bowl of rice, three sides and miso soup of some sort.

Those sides generally consist of something in season – the Japanese are big on seasonal availability of foods.

What westerners are big on is having enough food to fill their bowls.

Not that we’re greedy or anything but we tend to want the best value for our money – that makes good economic sense.

Sing up for the best cooking classes London on Superprof.

Unfortunately, that mindset has changed our relationship with food: the experience of dining matters less than the material value derived from it.

That is another way that Japanese dining is fundamentally different than in the west: the quality of the experience is as important (or maybe more important) than the quantity of food consumed.

And then, there is the California roll; what most sushi lovers in the west consume, which differs vastly from the sushi that would be eaten in Japan.

For one, it is rolled ‘inside out’, meaning the nori (seaweed) is concealed by the rice. This is done to appeal more to western senses.

Additionally, the roll may be topped with other ingredients, such as salmon roe, and coated in roasted sesame seeds or in tabiko – what amounts to fish eggs mixed with corn syrup and food colouring.

That’s what that crunchy orange stuff on the outside of your sushi is.

The second takeoff from Japanese sushi rolls is that it is stuffed with multiple ingredients; some may feature a condiment such as mayonnaise or wasabi.

And they definitely feature ingredients that are not seasonal.

One essential characteristic of authentic Japanese cuisine is that it relies heavily on fresh, seasonal ingredients sourced locally; something that we are only now really starting to take into account in our food choices.

Join the discussion: what is traditional Japanese food?

Japanese Cuisine: Let There Be Meat!

Where meat lovers in the west are concerned, perhaps nothing could rank higher than a Japanese steakhouse.

A typical menu would include several cuts of beef, all prepared differently – grilled, braised or fried, and liberally sprinkled with Japanese words: teriyaki, okonomiyaki, soba, udon...

We’ll talk about noodles in a mo; let’s talk about meat eating in Japan.

Those fabled hibachi restaurants, so common in our corner of the world, are considered high-end in Japan; an exquisite dining experience that is not available everywhere.

Even in Kobe, home to the world’s most expensive beef, you would be hard-pressed to find a western-sized portion of beef; the best sampling of Kobe beef one can hope for is thin slices on a skewer, sold be a certified vendor... and they are rather dear.

That’s not to say that there are no beef dishes to be had in Japan: beef sukiyaki is widely available, as is hot pot with beef.

You would not be likely to find any chicken on a restaurant menu anywhere in Japan - save for maybe chicken katsu. Depending on where you are in Japan, the closest you might come to finding commercially prepared poultry might be from a street food vendor.

These cuts tend to be a fairly equal balance of flesh and fat or gristle.

The exception to that would be the chicken sashimi found in the Kyushu region: like the typical fish sashimi, this dish consists of thin, raw strips of chicken meat as well as chicken hearts. It’s not for the faint-hearted!

Chicken is sold in food stores and generally cooked for holiday celebrations; true to Japanese ethos, the entire animal is consumed, except for the bones.

What about noodles? They are very popular in Japan and served in a variety of ways... quite unlike the way they are served in the west.

In Japan, Soba noodles are typically made of 85% buckwheat. In the west, we tend to prefer egg noodles, so most of our Japanese restaurants use that type of noodle in the place of authentic Soba noodles.

It is more common for them to use Udon noodles; those are 100% wheat.

In the restaurants we're familiar with, unless one orders a vegetarian noodle dish, those concoctions tend to involve some sort of meat; usually a substantial amount.

By contrast, soba and udon noodles in Japan are seldom served with any meat; if there is any, it might be a thin slice of kamaboko (a processed fish product) or tempura soba, which features a large shrimp.

Should you have the pleasure of touring in Japan, you might be quite surprised at the food typically on offer: sushi and sashimi, plain white rice, fresh seasonal vegetables – all served in such a way as to be visually appealing.

Even the mochi you might order for dessert will be cute and appealing!

However, you should be prepared for a completely different taste sensation than you’re used to... and, perhaps, way more raw fish than you ever expected to eat.

Would you like to try authentic Japanese food? Try these top recipes...