Boxing is a discipline that’s regularly associated with combat but it’s also good exercise. There are plenty of other advantages to doing boxing.

It’s increasing in popularity in the UK for both adults and children.

So what are the advantages of boxing? How can children benefit from practising boxing?

Let’s have a look at 10 reasons kids should do boxing. 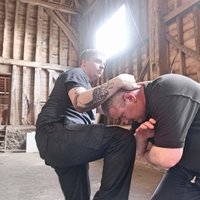 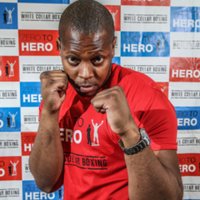 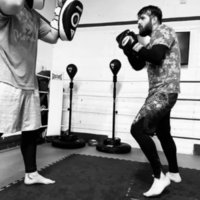 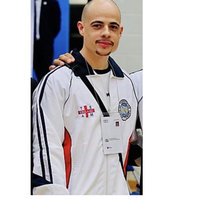 We tend to forget that boxing is a sport and can be physically demanding. It’s a great way for kids to exercise, unwind, and use up some of that seemingly limitless energy they have.

Boxing is a discipline that involves a multitude of different skills. These skills need to be developed in and out of the ring and in doing so, kids expend tonnes of energy. They might be on their way to becoming a champion!

Find out more about boxing for children.

Just like other sports, boxing has the advantage of being a great way to build up your self-confidence. It goes far beyond just throwing punches in the ring.

By learning from mistakes, improving your punching technique, and training, a child can improve and, in turn, build self-confidence. They’ll get to know themselves better, familiarise themselves with their strengths and weaknesses, and take pride in what they’re good at.

Learning to throw punches, listen to their coach, and improve their abilities is a great way to build up their confidence.

One of the first things children will learn about through boxing is non-violence.

Boxing is a combat sport but it’s not just any fight, it’s heavily codified and there’s a time and a place for a boxing match.

Outside of a boxing match, boxers have to refrain from any type of violence. After all, a boxer found to be using their boxing skills outside of an organised match can risk losing their licence. The ring is the only place they can be violent in any way, shape, or form.

Boxing is a useful way to channel violence into a productive activity.

Learn about the differences between boxing for adults and kids.

Learning More About Your Body

Boxing is a good way for children to learn more about their body, its capabilities, and its limits. By throwing punches, dodging, and moving around a ring, they’ll engage their mind, body, and spirit.

While victory isn’t essential, it’ll give them an objective to strive towards. Their body acts as a tool that they can use to achieve their goals. They have to fully understand it to get the most out of themselves.

In addition to cardio and fitness benefits, boxing allows children to go above and beyond what they thought they were capable of. Through competition and physical exercise, they’ll learn more about pushing themselves and being able to go even further. Whether it’s in a gym or the ring, they’ll learn to improve. Boxing teaches people to be driven and to strive for victory. Similarly, boxers will always try to push their limits.

It’s not about knocking out an opponent but rather being driven to achieve a goal, which is an important life lesson for children and adults alike. Similarly, a boxing workout is a full-body workout and will have kids breaking a sweat, enjoying the benefits of aerobic workout, and improving their stamina. They're called boxing gyms for a reason.

Winning a boxing match is all about control. Adults and children will be taught how to master their strength. When sparring, for example, the focus will be on proper boxing techniques (footwork, throwing a jab, hook, uppercut, etc.) rather than just how hard they can punch.

Effective punches are far more important than strong punches and aspiring boxers will be taught how to control their strength. Let’s not forget that even though boxing is a combat sport, it shares many values with martial arts like respect.

Respect is one of the first things that boxers will learn about. Since boxing involves the mind, body, and spirit, you also have to remember that you’re not the only boxer there.

Before opponents meet in the ring, they’ll see themselves as equals entering the squared circle. Children will be very quickly taught that they have to respect their opponents, even in boxing.

Find out how much it costs to get kids into boxing.

This is key when it comes to boxing. The coach or tutor will make this abundantly clear to the child before they do anything in boxing. After all, boxing is a combat sport but it’s also heavily codified and there are rules in place for how a match takes place and rules they’ll have to respect during training, too.

Both inside and outside of their training sessions, classes, or tutorials, children will be expected to follow all the rules that come with boxing. Let’s not forget that the rules are an essential part of any sport and if you don’t follow them, you won’t get any better.

Boxing involves fitness, cardio, and combat and draws many parallels with life itself. Boxing can teach children a lot of valuable life lessons.

Now and then, we’ll get knocked down. Don’t get discouraged. A boxer needs to get back up and try again.

Finally, boxing doesn’t promote violence but rather respect for one another and how to defend yourself. After all, a boxing match is essentially a fight with rules.

However, attacking is only half of a boxing match and you need to learn how to defend yourself, too. Children can learn how to defend themselves without necessarily intending to harm somebody else. After all, boxing teaches you how to keep a cool head when under attack and to watch out for your opponent’s punches.

So after all that, are you convinced of the benefits of boxing for children?

There may even be a future world champion in the family.

Find out how to teach kids to box.

If they don't fancy boxing tutorials, there are other combat sports and martial arts that kids could benefit from. Be it boxing, kickboxing, muay Thai (Thai kickboxing), Brazilian Jiu-Jitsu, or karate lessons, they can help kids to get in shape, develop discipline, manage their strength, and enjoy the same benefits as fitness classes.

If you'd like to get your child into boxing, you might want to check out the experienced and talented tutors available on Superprof. While there are hundreds of different skills you can learn, most tutorials fall into one of three categories: face-to-face tutorials, online tutorials, and group tutorials. Each has its pros and cons and certain types of tutorials work better with some skills than others so it's up to you to choose which type and which tutor will be best for you.

Group tutorials are best for those on a budget as several students are attending the tutorial and all footing the bill. While this tends to work out as the cheapest per person per hour, it also means that the tutor's attention will be split amongst all the attendees during the session. However, it also means that there are age-appropriate sparring partners available for kids.

Face-to-face tutorials are usually the most cost-effective tutorials as the tutor can put together a tailored programme for the student and every minute of the session will be spent focusing on the student. Of course, this also means that the tutor will be spending a lot of time tailoring the course outside of the sessions and this extra work also comes at a cost, which is why face-to-face tutorials tend to have the highest rates.

Finally, if you like the sound of tailored programmes but find the rates of face-to-face tutors a bit too high, you can always opt for online tutorials. Thanks to the internet and video conferencing, you can now learn anything from tutors all over the world. When it comes to kids boxing tutorials, however, you might still want to stay in the room to ensure they don't hurt themselves while training.

A lot of the tutors on Superprof offer the first hour of tuition for free so try a few out before making your final decision. After all, what's right for one student mightn't be right for another and it's important that you like the tutor, their rates, and you and your child get along with them well.