Hello, Mancunians! Did you know one of your twin cities is Cordova, in southern Spain?

The province of Andalusia in southern Spain endured Roman influence in its antiquity. And then, for a while, it fell under Muslim influence; during this time it was considered the centre for innovation and learning and was, at one time, the largest city in Europe.

Just as Cordova was where innovation found inspiration, so too was our township, exploding onto the world industrial scene. In fact, Manchester bears the distinction of being the world’s first industrialised city!

Our cities share quite a bit of parallel history, not the least being Roman architecture.

So much is there to preserve and admire that the whole of historic Cordova has been declared a UNESCO world heritage site. Wouldn’t you love to go see it all?

If so, you may want to learn how to speak Spanish.

Your Superprof obliges, finding the best Spanish lessons for every need and every level, in and around Greater Manchester.

Slip on your Cordovans; it’s going to be a long walk!

Do you actually wear Cordovans?

You might be interested to know that both the method for tanning the leather and the colour called cordovan originated in our twin city.

In the Seventh Century, when the Visigoths inhabited the area, they fashioned clothing and footwear out of a certain type of leather through a processing method still in use today.

OK, enough history! This article is supposed to be about Spanish lessons in our city, after all...

Off we go to find Spanish classes for young and old so that you might walk those ancient streets confident in the knowledge that you will be able to talk with native speakers of Spanish!

How much does a Spanish tutor in Belfast or Edinburgh charge? 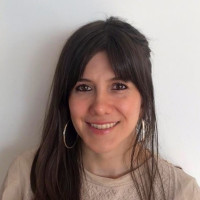 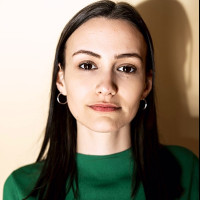 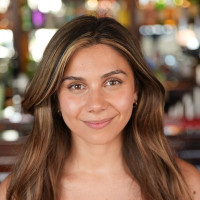 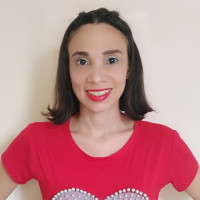 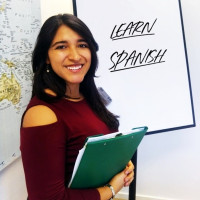 Spanish Classes for All

Admittedly, language lessons are not a universal undertaking; that is to say that your toddler will obviously not take well to language learning in a Business Spanish class.

Nor would you necessarily be enthused having to endure a lecture on the works of Cervantes in his native language if the sum total of your Spanish vocabulary consists of ‘Buenos Dias’ and ‘adios, amigo’!

You may well enjoy the sound of Spanish whether spoken or sung but – meaning that that lecture may not sound so bad but, if you’re in class to learn to speak Spanish, surely you would want exposure to a more effective teaching method.

Also, if you are a beginner, you would want Basic Spanish classes. However, if your mate or bestie has some grounding in Spanish grammar and vocabulary, s/he might want intermediate lessons.

Before signing up for Spanish language classes, it is important to know your level and your purpose for studying Spanish.

Besides the aforementioned Business Spanish which obviously would include a business vocabulary (the grammar would remain the same), you might choose Spanish lessons because:

That last is not so farfetched!

For one, the total number of Spanish speakers worldwide is ranks right under the number of English speakers. For two; Spanish, in one form or another, is spoken on no fewer than four continents.

And here, we have another point to consider: what type of Spanish will you learn?

If you are pursuing Spanish language studies for the love of learning, that question really doesn’t matter. But, if you’re learning is targeted toward a specific goal, say, retiring to mountainous Madrid or starting an alpaca farm in Peru, Spanish pronunciation takes on a whole new meaning.

To look at the adverts, teachers and language schools don’t seem to highlight the type of Spanish they teach.

If you have a specific region of the Spanish speaking world in mind, you should ask any prospective Spanish instructor if the variety of Spanish they teach would be suitable to your learning goals and where you would use your Spanish language ability.

Could you find great Spanish classes in Leeds?

Finding Spanish Lessons Near Me

Well, not near me exactly; you have no idea where I am. That phrase refers to people’s penchant for typing such into their favourite search engine so much that the phrase 'near me' itself has become a search keyword, irrelevant of where you actually are!

Searching for Spanish classes 'near me' may yield surprising results...

It seems everyone is in on the ‘near me’ trick so conducting such a search will result in Spanish lessons as far away as the US, or worse: a general Yelp rundown of ‘near me’ lessons with varied locations!

It would be much better to trust in your Superprof, who has hit the ground and investigated Spanish language schools in and around Manchester!

First on our list of picks would be The Spanish Factory.

Their name is perhaps a nod to our city’s industrial heritage – how clever! Nevertheless, their Spanish language courses are so diverse; there is surely a curriculum for everyone who wants to study Spanish!

Find out if one could take similar Spanish classes in London...

They offer Business courses as well as Conversational Spanish, school support for those enrolled in the Spanish program at school; they even have a language course for the littlest learners!

Their pricing is quite reasonable. For example, a 4-week intensive course is currently only £99!

If you’re preparing to dash off to Spain on holiday, this might be a great way to learn beginner Spanish...

We are quite lucky to have an Instituto Cervantes right in our city!

Not only is this organisation dedicated to promoting Spanish language and culture through various workshops and seminars but they actually have language classes you may enrol in!

Their courses are set up in accord with the Common Frame of Reference for European languages so, if you were at the intermediate level, you could just jump right in and advance accordingly.

Furthermore, they will assist with test prep, be it for Spanish A-Levels or for the Dele – the Spanish language ability certification test.

In case you are wondering where these facilities are and how to get in touch with them, we’ve compiled all of that information in the table at the end of this article.

You may be interested to know that Instituto Cervantes also offers online courses... but they are not the only ones!

Find out where you could take Spanish lessons in Glasgow...

Find out where you can take Spanish lessons in Cardiff.

There is nothing wrong with choosing this method of learning Spanish. People today are plenty busy; they might not have time or energy to repair to a learning centre a couple of nights a week no matter how passionate they are about learning Spanish.

Online lessons provide you with the scheduling flexibility to make it home in time for tea without having to rush out again immediately afterwards.

All you need to take Spanish lessons online is a stable Internet connection, a webcam and a decent headset and a desire to learn. And a Spanish teacher, of course...

Spanish is the second most studied language on Italki, an online language learning platform where language teachers set their own rates and schedules.

To make use of this teacher marketplace, you will need to create a profile, and then you can start shopping for your ideal Spanish teacher.

Once you’ve bookmarked a likely teacher profile, it is time to set your schedule on their calendar: when would you like to have your Spanish lessons?

Find more Spanish courses near me here on Superprof.

At the appointed time you simply log in to your Skype account or whichever platform your chosen teacher specifies and, voilà! You are now on your way to fluency in Spanish!

All of this begs the question: what if you and that teacher don’t click?

Most of their Spanish teachers offer a discounted rate for their introductory lesson, a sort of a trial run, for that specific purpose.

Most Superprof language tutors offer their first hour of lessons for free!

Indeed, you may consider any of Superprof’s Spanish tutors; there are more than 70 in the Manchester area alone!

That means that, if you’d rather have one to one lessons or even learn Spanish with a small group of friend, your Superprof tutor could come to you as well as teach you Spanish online!

Another online outlet for language learning is Live Lingua, whose teachers also offer a free introductory hour of learning.

Furthermore, unlike Italki, their rates are set by the platform administrators and, the more course hours you pay for in advance, the lower the cost!

Through Live Lingua you may learn anything from test prep and review to Business Spanish, Medical Spanish... even Spanish for priests!

So... how is Cordova sounding as your next holiday destination?

Better, now that you know where you can turn to learn Spanish, we’ll bet!

Not a Mancunian? Find out where Brummies go for their Spanish lessons!