The Things You Always Wanted to Know About the Tudor Period AcademiaHistoryThe History of the Tudors

We all know a little about the Tudors – whether we like it or not. The six wives are usually the first thing people mention – followed shortly by the strange aura that surrounds the figure of Anne Boleyn in particular.

Then there is the great conflict between Catholicism and Protestantism – and the dissolution of the monasteries, something that really changed the English landscape permanently. Or the Spanish Armada, the fleet of ships sent by Philip II to attack England – only to be swept off course by the winds.

Here, we’re going to take a long look at this most captivating of periods in the history of England. And we’re willing to bet that you’ll learn something that you didn’t know before.

Why Do We Care so Much about the Tudors?

There is something a little strange about the Tudors. This period is perhaps the one moment in English history – along with perhaps the Second World War – that you will definitely cover at least a little at school.

As a nation, we seem to be a little enamoured by this House of Tudor, with TV shows, films, and endlessly popular books being published on the period. This long sixteenth century – between 1485 and 1603 – seems to hold a special place in the English imaginary.

The common answer to this is that some of the biggest leaps towards the country that England is today were taken during this period. The gradual centralisation of the English state, the move towards a Protestant Church of England under King Edward VI, and the flourishing of a distinctly English literary and artistic culture. All of this happened during this period.

And with all this was born a nation – a nation distinct from Catholic Europe – and an empire. In a way then, the Tudor period was the formative moment of English as an identity. 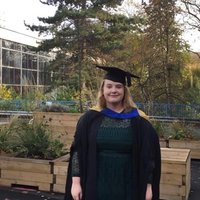 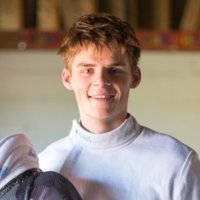 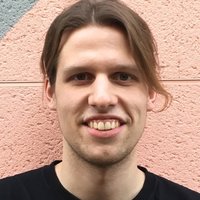 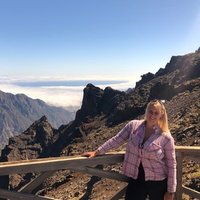 Who Were the Tudors?

Yet, it is quite amazing that a dynasty like the Tudor monarchs could have made all this happen. Because, really, they were not a particularly stable dynasty – nor one that actually had much legitimacy at all.

The family themselves were from Wales – a family of the Welsh nobility – and had a claim to the English throne through Edward III’s son, John of Gaunt. Henry VII was the great-grandson of an illegitimate child of John of Gaunt – which, in the great scheme of things, was not really a watertight claim to the highest position in the country.

This is why, throughout Henry VII’s reign, there were a number of rebellions and attempted coups that tried to replace the first Tudor king with a Yorkist.

As you might well know, the Tudors came to power at the end of the War of the Roses, when Henry Tudor defeated Richard III at the Battle of Bosworth Field. This war was the result of major disagreements regarding who would take the throne, with the House of York on one side and the House of Lancaster on the other.

This Lancastrian, Henry Tudor, ultimately defeated the Yorkists. And his great achievement was to unite the country – largely – after thirty years of war. He married Elizabeth of York and brought power under himself. And, thus, the Tudor dynasty was born – in 1485.

It ended in 1603, on the death of Elizabeth I. The whole dynasty had been anxious about the need for an heir – a problem of succession that was exacerbated by the distant memory of the chaos that preceded them.

Yet, Elizabeth – unmarried, or rather, as she said, married to the country – did not produce one. And so the Tudor dynasty ended on her death.

James VI of Scotland – the great-great-grandson of Henry VII – replaced her, unifying two separate political entities, Scotland and England, under one crown. Here the Tudors ended, and the Stuarts began.

Check out our article on the question, Who Were the Tudors?

Let’s take a look at the Tudor monarchs – or at least those who we remember as such.

There were five of them, with two of the longest reigns in English history and two of the briefest.

If you want to know more about the Tudor kings and queens in greater detail, check out our article on the Tudor monarchs.

Henry VII, the first Tudor king, is known by historians as a fairly uninspiring bloke who brought stability, financial competence, and peace to England. Not really a bad set of achievements if we must say.

His reign essentially enabled the excess, the indulgence, and the military exploits of his son’s. And by bringing the distant elements of the kingdom under greater central control, he laid the ground for Henry VIII’s attempts to do the same.

The six wives, the dissolution of the monasteries, the English reformation. There are few kings more famous in English history than Henry VIII.

A charismatic figure when young, he died a grumpy, unpleasant, and severely ill man. And whilst his policies perhaps did more to change the face of England than anyone else’s during this period, he wasn’t necessarily the shrewdest of kings.

Unnecessary, expensive wars and severe popular reaction to his policies, he was lucky to make it to the end of his reign.

The boy king with the bad health, Edward VI succeeded his father in 1547, at the age of ten.

A committed Protestant, he made his father’s reforms of the Church of England much more radical – under the supervision of two hugely influential advisors, Somerset and Northumberland.

However, he died only six years later – with his own anxiety about his successor clear in his mind. His attempts to put Lady Jane Grey – another Protestant – on the throne after his death ended tragically.

And so, Mary I, Edward’s half-sister, became queen. Staunchly Catholic and periodically ill throughout her life, her reign was a tumultuous one.

She’s known for returning England back under the religious jurisdiction of Rome, for reversing all of Edward’s – and many of Henry’s – religious reforms, and for her offensive against Protestants in England. Hence the name Bloody Mary.

The Golden Age of early modern England, the Elizabethan era will be remembered forever – for its cultural production, its colonial expansion, and for its consolidation of the English church and state.

Elizabeth returned the kingdom to Protestantism – and presided over a period of English success.

However, enough of the monarchs. What would it have been like for you in the Tudor era?

The simple answer to this lies in the question of class – or, to use a less historically contested term, your place in the social hierarchy.

Class in the Sixteenth Century

Your social position in the Tudor times was something that was pretty much entirely based on birth.

If you were one of the third of people living in poverty, chances are you would stay there for much of your life. If, on the other hand, you were born into a noble family, you’d probably do all right – unless you fell into the monarch’s disfavour.

The whole universe was conceived as a great hierarchy, the Great Chain of Being, as it has become known – from God to the poorest people to the animals. This idea meant that you probably wouldn’t complain too much about your position.

Work During the Tudors

And your work was determined by your social position too. Again, if you were a noble, you could expect some sort of influence over politics and at the royal court. If you were poor, however, you’d probably be a peasant – given that much of the population was rural.

The trouble for the poor was that it was really crucial not to become unemployed. Because this, amazingly, was punishable by death.

Read more about what life was like in the Tudor times!

Facts about the Tudor Dynasty

So, you think you know about the Tudors? Think again!

Check out our article on surprising facts about the Tudors. Find out how bloody Bloody Mary really was, learn about what actually happened with the Spanish Armada, and discover the other king of the Tudor Period! All About the Suffrage Movement

"We too often bind ourselves by authorities rather than by truth." -Lucretia Mott To go against the grain, take a stand, be outspoken, and make a notable difference requires courage and confidence. The women who boldly fought during the suffrage movement had all of those characteristics. Learning about historical heroes such as the suffragists and […] When people think of ancient worlds, Egypt, Greece and Rome come quickly to mind. There are more... Humanoids have been wandering around the planet for nearly 2 million years. Our branch of the hominid tree, Homo Sapiens, has only been around for about 300,000 years but we learned from our ancestors how to make and […] Taking a Trip Around the World to Learn About Distinct Faiths

"Religion is one tree with many branches. As branches, you may say, religions are many, but as a tree, religion is only one." -Mahatma Gandhi With more than 84% of the 7.3 billion inhabitants on planet earth claiming to identify with a religious group, people from all types of faith find comfort in the teachings, […] Where To Study History In The UK

Are you due to take your final A-Level exams in 2020? Are your educators beginning to drill in the fact that universities are waiting to hear from you soon? As a History buff, you may already know which establishments offer the best History courses, however, if you aren't 100% sure on which subject you want to […] History Revision Resources for A Level and GCSE

So, you’ve reached that part of your secondary school journey. You’ve sat in the classroom for months working through your history textbook, maybe not really listening, doing bits of homework, some worksheets, and believing your exams are too far away to matter. Now, with your history examination on the horizon, you’ve got to sit down […] Studying History: What are Your Options?

Why study history and become a historian? Do you want to learn about past societies, pursue a Bachelor in European History, find out more about early modern philosophy? But though the history department of your local university’s humanities section may offer a simple history major, you will soon realise that anyone with a degree in […] The Greatest Empires in World History

If you spend ten minutes looking through history, you’ll certainly notice that this word ‘empire’ comes up an awful lot: the Roman Empire, the British Empire, etc. But what exactly do we mean when we say this? What does this word actually refer to? And, importantly, what is the difference between a kingdom, just a […] Famous Historic Events Around the World

What do you mean, countries' borders move? They’ve always been there! Kevin O’Dell People in general, but especially in developed countries, tend to view the world as static; unchanged since the dawn of time. This is a postulate that supposes the world is indeed an elaborately dressed stage with unchanging sets; today being all there […] Everything You Need To Know About Taking History Courses

We live in the present and we plan for the future. It somehow goes against our human instincts to worry about the past.  This is why History was invented: to study the past (not to dwell on it). Given all our daily worries about university, family, money and so on,  why bother with what is done […] History is a very important subject, as it teaches us about the world, our country, our towns, and our communities and how these came to be what they are today. Not only is it relevant to those who want to study or work in an environment that requires historical knowledge, but it is also very valuable […]