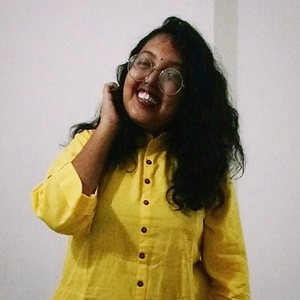 Making spoken and written English easier for children, one step at a time.

According to me, the best way to teach English to a child is to inculcate positive verbal as well as written communication skills in them. While the approach is mostly traditional with explaining the various grammatical as well as the structural aspects of English, it is important to understand that languages aren't something one can have the concepts of by rote and excel thus. My approach towards teaching English to my students is through both conventional as well as out-of-the-box ways which would result in an overall development of the child's grasp over the language instead of it just being academically-oriented.

Recently got done with my bachelors in journalism and mass communication and have won academic as well as co-curricular accolades throughout school life. Since I have always had a knack for the English language, I have written 100+ poems and countless prose back in school life itself, winning several inter-school competitions thus.