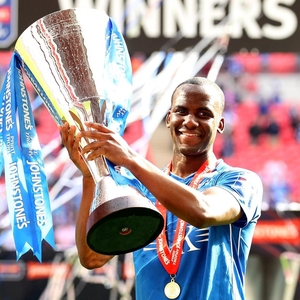 Our sessions are delivered by an experienced professional with extensive knowledge and skill in both football and the education sector. Using proven strategies, to make sure that every child finds a path to success.

Your progress and success is our priority. We provide a personal approach, tailoring learning methods to each child's needs. Both in football skill and general mentoring.

I began my career at Nottingham Forest, becoming the youngest player ever to play for the club when I made my team debut in October 2001 at the age of 16.

I then went on to spend three seasons with Kettering Town, helping the club to win the Conference North title in 2007–08. I then signed with Notts County in May 2009, and helped the club to win the League Two title in the 09-10 season. After being sold on to Chesterfield in August 2011, I won the Football League Trophy with the club in 2012, fulfilling a life long dream of playing at Wembley Stadium and scoring the winning goal in the final.

I now work with schools and following my passion trying to inspire the younger generation in sharing my experiences.