What is a Slope of a Line?

You might be wondering why do we need to find slope in coordinate geometry? Because it finds us different sets of data. For better clarification, we have an example, imagine a distance-time graph. The slope of the graph will tell you the speed of the object. That is just one example, there are a lot of examples like this where slopes play a very important role.  So, what is the slope?

The slope or gradient is the inclination of a line with respect to the x-axis. Basically, the slope is the ratio of the amount of increment in y per unit of x. In short, it shows how steep your line is. For linear geometry, the slope remains the same throughout the graph. However, for curves, the slope changes at every point. Finding the slope of a curve is a big discussion, therefore, let's stick with the line for now. Usually, the slope is denoted by the letter m.

Consider the above graph. You have two points,

. Furthermore, you are also provided with angles and all you need to do is to find the slope of the line. There are a few methods through which you can find the slope. 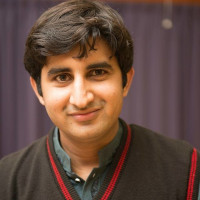 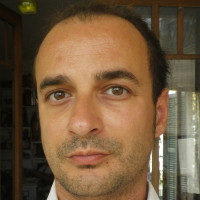 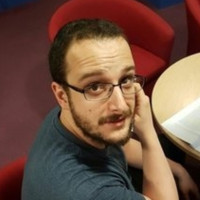 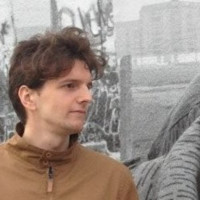 To find the slope by using the coordinates, you need to have two different points of the same line. For the above example, you have

. Using those coordinates, we can find the slope like this:

Just place the values of xs and ys and find the slope.

and x values are in

. Since slope is the ratio of increment in y per unit x, therefore, in the polar coordinate system, it would be like this:

All you need to do is input the value of

trigonometric ratio to find the slope of the line.

Finding slope using the vector of the line

Working with vectors is tricky. The gradient is in the form of

in vectors. The delta means a resultant in the value, therefore, the deltas you see in both variables means that the values of x and y are obtained by subtracting from the initial value. Suppose,

. We all know that vectors have two values, the starting point, also known as the tail of a vector

, and the ending point, also known as the head of a vector

. The resultant values mean that the coordinates' ending points were subtracted from the initial point (i.e.

). Once you obtained the values of

, just use the below formula to calculate the slope:

Finding slope using the equation of the line

are the coefficients, and

are the coordinates. You need to transform the

. Below is how you should transform the

Compare the above equation with

Still wondering what is the shortcut? Take a look at the last step,

. Just input the value of A and B in their places and don't forget about the minus sign and there you go! You just found the slope of a line using the equation.

There are some things that you need to note to save your time and effort.