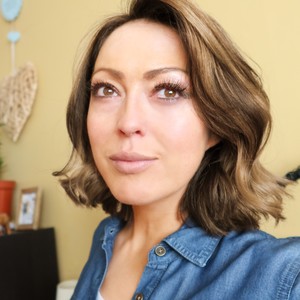 Singing tutor with over 20 years experience offering vocal coaching to ages 6 and over.

Covering breathing technique, vocal warm ups, listening skills, dynamics, voice control, confidence building and head and chest voice. I aim to bring the student's unique talent to the surface while teaching safe techniques. As the student grows in confidence, I begin to push them more.

Rachel has been performing on stage in theatre shows, concerts and in choirs and bands for over 20 years. She began formal vocal training at the age of fifteen and became the youngest soprano to join The Priory Singers in Caerleon, performing a variety of classical music. At the age of 17 she completed up to her Grade 5 in Singing with The Associated Board of the Royal Schools of Music and passed her GCSE and A Level Music examinations. Between 2002 and 2005 Rachel studied Drama and Performing Arts at The University of Winchester graduating with a 2.1 Bachelor of Arts degree.

Following her studies Rachel performed in a number of shows and completed her Grade 8 singing examination with Trinity College London. In 2014 she became lead singer for vintage style band The House of Betty Blues. During her time with the band Rachel performed for private parties, charity gigs, The Army Reserve, vintage events, fashion shows, Made In Cardiff TV and local charities including St David Hospice Care's 'Kolor Dash' and 'Rock on the Rooftop' at The Celtic Manor Resort. Her cover video of 'I Got Trouble' received over 23,000 views on Facebook and her original song 'Lace'n' Liquor' made it into the Spotify Blues charts in 2017. Rachel also taught Music as PPA cover in primary schools to ages 4-11 under the direction of award winning education company Superstars.

Rachel has also modelled for several companies including twice for Huntleigh Healthcare. She actively sings professionally and teaches singing privately. She also works in schools with children with special educational needs. Rachel holds an enhanced DBS certificate and is registered with the Education Workforce Council.