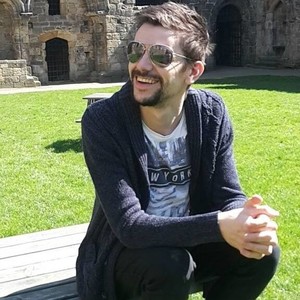 Leeds/Wakefield Vocal Tutor - learn how to sing without breaking your voice!

I can improve your voice by giving you the tools that the pro's use to build theirs. I'll improve your confidence on the stage and off it, boost your knowledge of your own voice and optimise your ability as a performer, all from day one.

Singing is a science. How to sing well isn't very flexible, there is a right way, and hundreds of uniquely wrong ways. I say this from years of experience of hurting or losing my own voice, while working with other performers who most likely are doing or have done the same. Embarrassingly, I've learnt the hard way, but the result for you is that you won't have to.

Thinking of singing as a science simply means that there are rules on how to do it well and rules how not to do it well. Improvement of voice is utterly subjective, the idea of "better" is as individual as a singers voice, but the means of getting better aren't. In essence, there are multiple routes we could take to being better, but we have a map.

By the way, this shouldn't suggest that your singing cannot be artful. On the contrary, making science artful, is an art in itself.

So, if you're prone to losing your voice after a performance, if your voice ever feels strained or if it hurts to sing in general this could help, but being better, doesn't mean you have to be broken. If you simply wish to extend your range, improve your tone, power or control, even if you want to give a better performance or feel more confident then I really can help.

I've been singing, since I was 15, I'm now 32. I've been professionally involved in the music industry for over a decade, recording records for other musicians that have been played on national radio, writing, performing and touring my own music, coaching and mentoring young musicians in schools, colleges and universities and until last year I ran my own rehearsal room and recording suite. Currently, I have around 30 clients who I work with, improving their voices, their performances and their confidence, who are aged between 6 and 50.

Please add 0.40p per mile for any home visits over 5 miles distance from Wakefield.