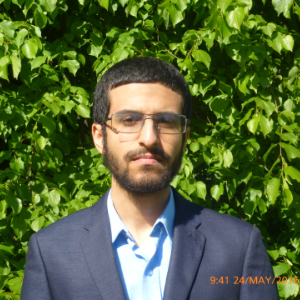 Ali is one of our best tutors. They have a high-quality profile, verified qualifications, a quick response time, and great reviews from students!

I have a first-class MEng degree from UCL in Mathematics and Computer Science. I am working full-time as a Machine Learning Engineer at a tech startup in London. I have 8 years of tutoring experience and enjoy tutoring as an extra-curricular activity.

In late 2010, I came to the UK where I joined the school halfway through Year Eleven. Although the GCSEs were taught in English, I was able to overcome the language barrier to achieve an A in GCSE Mathematics and an A in GCSE Additional Science within half a year. During the next two years, I did my A-Levels and I achieved A*AAAA. I was the first person in my school`s history to do all 18 A-Level Maths modules. I was awarded a level 3 Key Skills award in Improving Own Learning and Performance since I improved my English language skills.

I started tutoring in Jan 2014, shortly after starting university, and started working with startups after my first year. I applied to an app developer position at a tech start-up. When I went to the interview, I did not know anything about backend development and databases apart from the a small Andriod app that I developed at university, but they have given me a learning task to do in a short deadline (one week), and I have done it. then they have asked me to learn about django and iOS development and I have quickly done that, therefore they have hired me. I worked with backend development with Django and front end development with iOS, alongside with tutoring and attending university during my second year.

After that, I worked with some C code that will be deployed to the sun in the next few years, before joining my second startup in my third year at university. In this startup, I was appointed as a CTO and was developing the backend with Ruby and the front end iOS app with Swift. As the startup didn`t succeed, the source code is available on my Github repository. This was also alongside tutoring and university work.

Then to the third startup with I joined after my third year at university, and discovered that machine learning is awesome. I did my masters project using Python and tensorflow, and got a first on the project.

I look forward to share my experience with other people, and help them achieve the same achievements that I did.

I have 8 years of tutoring experience, including 4 years of private undergraduate computer science tutoring.

6 UCL students, I helped one of them in Logic and Computational Complexity.

5 Westminster students, I helped them in learning Java.

3 Queen Mary students, I helped them with machine learning

3 Imperial Students, I helped them with Algorithm and Data structures.

1 Sussex student, I helped him with Natural Language Processing in Python

5 Makers student, I helped them with learning Ruby

I helped 2 students with Android development

I helped 2 young kids learning to code with Swift, and one with iOS development

I helped 2 students with creating websites with Python and Django

I helped many students with basic machine learning with Python and Scikit learn, including 2 PhD students and 8 working professionals

I helped many other students learning Python, Java, Ruby, and C++

Some of my students in previous years:

I also helped a student achieving a B in her GSCE Maths in year 5, and helped her to achieve excellent results in her 11+ exams and get full scholarship offers from 3 prestigious London schools.

I also tutored 3 brothers for 3.5 years, and helped them with GSCE and A-Level Maths and Further Maths. They all achieved A in A-Level maths.

Despite the relaxation of lockdown rules, all of my tutoring is online until the covid case rate become very low.