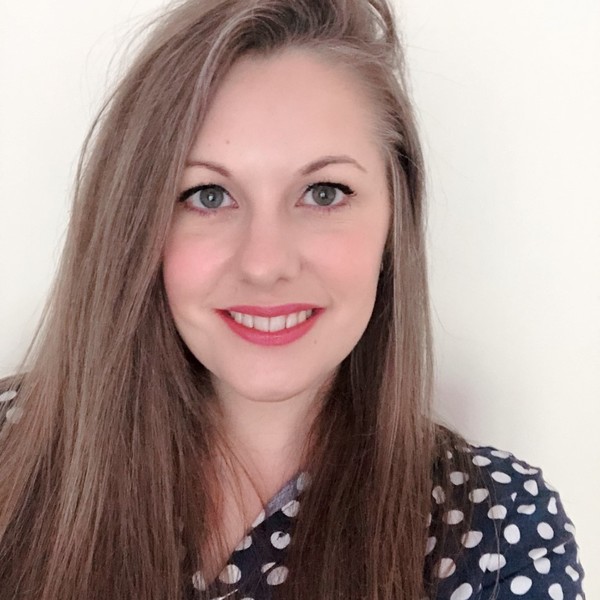 Gemma is one of our best tutors. They have a high-quality profile, verified qualifications, a quick response time, and great reviews from students!

Does any of this sound familiar?

If so, you've found the right tutor!

My name’s Gemma and I’m an online A-Level Chemistry and Biology tutor.

I’ve been a full-time tutor for over 11 years and I’m also an Associate Lecturer for The Open University where I tutor health sciences and investigation skills.

During my time as a tutor, I’ve worked with hundreds of students and built up thousands of hours of experience. I’ve seen the mistakes they’re making that cost them the grades, and I know the changes they’ve made and the skills they’ve developed to allow them to overcome their struggles.

Plus, I’ve been there myself. I went from getting CC in double science at GCSE to straight As at A-Level, then a first class honors degree and a Masters degree. I didn’t become any smarter or any more naturally gifted at science. What I did do is work very hard at figuring out how to study and how to think like a scientist so that I could make sense of even the most difficult exam question and answer it in a way that would get me the marks.

These skills are what I now teach my students and what allows them big improvements to their grades and aim for the career they want.


My approach to tuition


Exactly what we’ll do in our lessons depends on what you need help with. If you’re really struggling with calculations, we’ll spend a lot of our time on that. If you have no idea how to study we’ll make sure that you work out a study strategy that works for you.

For all students though, my approach based on doing whatever we need to do to get you exam ready. This always involves working on exam technique.

I meet a crazy amount of students who think (or even worse, have been told by their teachers) that all they have to do at A-Level is work through the CGP books, learn the keywords and do a few past papers.

Unfortunately, there’s no way that this will get you a half decent grade. In reality, this is barely enough to even pass.

If you’ve looked at the A-Level exam papers you’ll know that half the questions look nothing like what you’ve learned. The focus of the exams is the application of your knowledge to new contexts, not just a regurgitation of model answers you’ve learned from mark schemes that are older than you.

This means that to be able to cope with the exams, you’re going to have to learn the skills that allow you to make sense of what you’re being asked to do and figure out how it relates to what you’ve learned so that you can construct answers that actually address the question and are specific enough to be worth the marks.

This is what we actually mean by ‘exam technique’ and teaching these skills is the basis of my approach to tuition. Overall, I’ll teach you to stop thinking like a student and start thinking like a scientist.

As part of this, we’ll work on the subject-specific skills required for A* exam technique, such as breaking down scary calculation questions in Chemistry, and analysing and interpreting graphs in Biology. We’ll also cover the basics, including the correct format for the answer to an ‘explain’ question, and how to avoid rounding errors in calculation questions.

As well as working on exam technique, I’ll teach you any content that you’ve struggled to get your head around and I’ll help you develop the study skills that you’ll need to cover everything in an efficient and effective way. Speaking of which, here’s a guide to how to study for A-Level Chemistry and Biology so you can start working on your study skills right now.

I’ll also provide you with more exam questions that you can ever do so that you have plenty of opportunities to practice what you’ve learned and develop your understanding further.

Over the years, some of my students have been able to make massive improvements to their grades and chase careers that they thought were out of their reach. Here’s some examples:

A student who started tuition for A-Level Biology only 2 months before the exams after getting a D in her mock exam. She worked really hard on her exam technique and achieved a B in the ‘real’ exams, allowing her to gain admission to her first choice degree course.

A Chemistry and Biology student who had a difficult first year and had lost her confidence. She was predicted 2 Cs but was hoping for 2 Bs. She ended up with an A in Biology and a B in Chemistry. She’s now at University studying Medicine.

A Chemistry and Biology student who was entered for the AS exams and achieved a D and a C. She had almost given up on her dream of studying Dentistry, but after achieving a B and an A in the final exams she realised she was still in with a chance. She took a gap year to apply for Dentistry and now has a place for September.

A Biology student who got an A* in style by scoring 100%. She also achieved an A in Chemistry and is now studying Dentistry.

A student who had received a U in Chemistry at AS and needed a C for University. She resat both AS exams alongside the A2 exams and achieved a C, despite being told by her school teachers that she had no chance of passing.

A Biology student who got a D in her year 1 mock. She went on to achieve a B in the final exams and gained a place at on the Royal Veterinary College gateway programme.

A Biology student who had scored an E at AS level and resat to get a B.

A chemistry student who needed an A to be accepted onto a Veterinary Medicine but had been given a U grade in a mock exam in December. She achieved her A in the final exams and is now studying to be a Vet.

An AS Biology resit student who went from U to an A in only 5 months.

An A Level Chemistry and Biology student who had been awarded Es at AS but increased her grades to be awarded a B in Chemistry and C in Biology.

A student who got an E in Biology and failed Chemistry at AS. She had her heart set on being a dentist and was determined not to give up on this without giving it another shot. She started afresh with both subjects got improved enough to be offered a place to study dentistry. She met her offer and starts studying to become a dentist this September.

An A-Level Chemistry and Biology student who had been predicted Cs but was awarded a B in Biology and an A in Chemistry.

Back when I tutored IGCSE as well as A-Levels, I started working with a student who was hovering around a D in both Biology and Chemistry, didn’t enjoy science, didn’t want to study science at A-Level and just wanted to get better grades at GCSE. However, by the time she sat her IGCSE exams, she’d developed a real passion for science. After getting an A* and an A at IGCSE, she opted for Biology and Chemistry at A-Level. I continued to tutor her throughout her A-Levels and she went on to get As in both subjects. This was enough to get her a place to study Dentistry, a career that she never even thought was an option for her.

An A-Level Chemistry student who had missed her offer to study Veterinary Medicine after achieving a B. She took a year out to resit as a private candidate and achieved an A which gained her a place to study at the Royal Veterinary College, despite applying as a candidate who had 3 years of A-Level study (she also took the opportunity to get some amazing work experience, which is a good tip to make your application looked upon more favourably if you’re applying with 3 years of study.)

A student studying both Biology and Chemistry A level who had achieved a C and D respectively at AS and had been advised by school that he was at the limit of his capabilities. He resat AS alongside A2 and after achieved As in both subjects.

A Biology student who had taken AS twice before starting tuition and had only been able to achieve D grade but has now passed with a B at A2 and gone on to study Physiotherapy at University.

A Biology and Chemistry student achieved Us at AS before starting tuition and gained A and B grades at A2 after retaking her AS exams alongside A2. She gained a place to study pharmacy at University

What all these students have in common is that they worked their backsides off, committed to our lessons and devoted the majority of their time to strengthening exam technique (not making pretty mindmaps and kidding themselves that that was studying).

All of our reviews are collected by us and are 100% reliable. They correspond to a real experience lived by the students of Gemma.

I offer a free introductory session and subsequent lessons are £35 per hour.